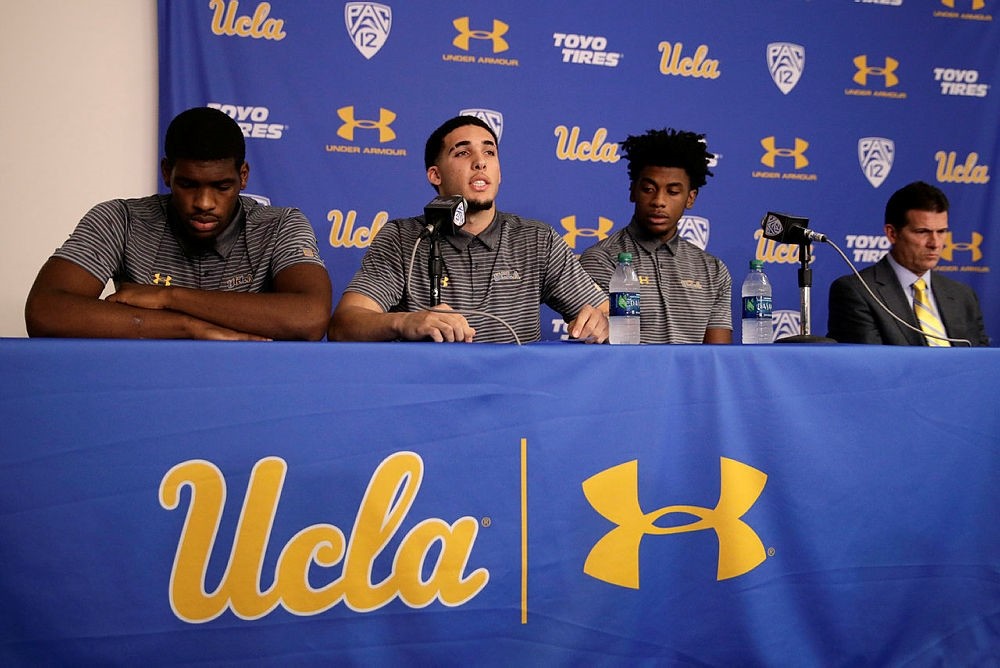 Three UCLA basketball players who had been detained in China on suspicion of shoplifting admitted on Wednesday that they stole items from three stores, and they thanked U.S. President Donald Trump for his help in winning their release.

The coach said the trio wouldn't be allowed to suit up, practice or travel with the team while the university continues to sort out the circumstances of last week's incident in Hangzhou, China.

All three apologized and thanked Trump for helping secure their release by raising the issue with Chinese President Xi Jinping during his visit, in their first public comments since being detained.

"I take full responsibility for the mistakes I have made, shoplifting," Riley told reporters. "I know that this goes beyond me letting my school down. I let the entire country down."

Trump prodded the basketball players to publicly thank him for their repatriation from China.

"Do you think the three UCLA Basketball Players will say thank you President Trump? They were headed for 10 years in jail!" he mused on Twitter.

The three basketball players were detained by police on Nov. 7 in the Chinese city of Hangzhou over allegations of shoplifting and faced charges by Chinese authorities

They were not on the team's return flight to the United States on Saturday and instead landed at Los Angeles International Airport on a flight from Shanghai on Tuesday evening.

Guerrero said that White House Chief of Staff John Kelly called the students over the weekend to assure them that the government was working on their release.

After the players' release, Chinese Foreign Ministry officials said the case had been resolved according to law.

The UCLA team had been in China for a game against Georgia Tech in Shanghai on Saturday, which UCLA won 63-60. The teams had traveled to Hangzhou earlier in the week.

The three students, all freshmen, were taken in for questioning by police about alleged shoplifting from a Louis Vuitton store, sources previously told Reuters.

Guerrero said the Chinese police said items were taken from three stores and searched the hotel rooms and bags of players on both the UCLA and Georgia teams before identifying the players as suspects.

"These are good young men who have exercised an inexcusable lapse of judgment," Alford said. "I am extremely disappointed in their actions."