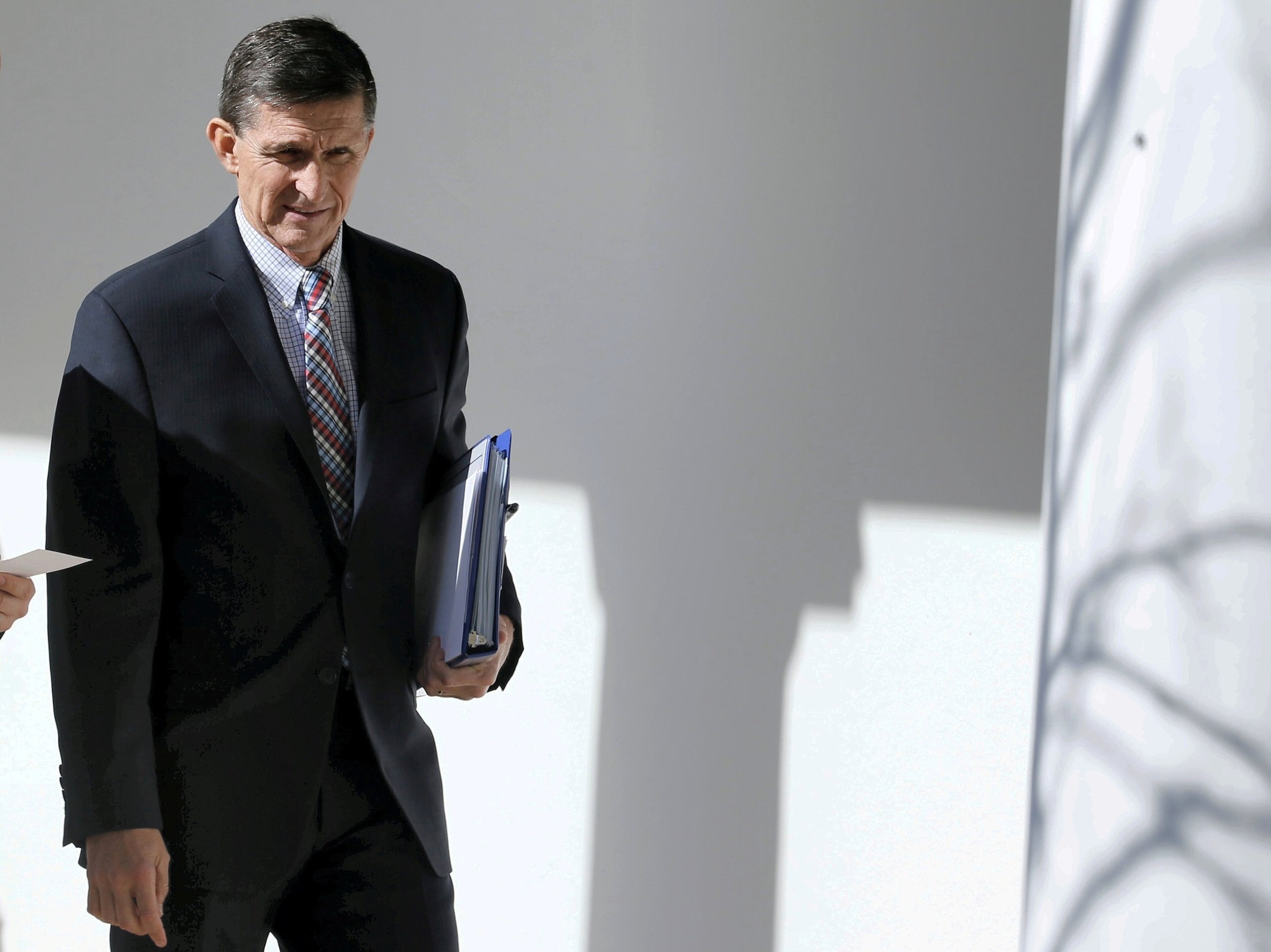 Lawyers for former national security adviser Michael Flynn have told President Donald Trump's legal team that they are no longer communicating with them about special counsel Robert Mueller's investigation into Russian election interference.

The decision could be a sign that Flynn is moving to cooperate with Mueller's investigation or negotiate a deal for himself. Flynn's legal team communicated the decision this week, said a person familiar with the move who spoke to The Associated Press on condition of anonymity to discuss an ongoing investigation.

In large criminal investigations, defense lawyers routinely share information with each other. But it can become unethical to continue such communication if one of the potential targets is looking to negotiate a deal with prosecutors. Robert Kelner, a lawyer for Flynn, didn't respond to a request for comment Thursday. A lawyer for Flynn's son, Michael Flynn Jr., who has also come under investigation from Mueller's team of prosecutors, declined to comment.

Flynn was forced to resign as national security adviser in February after White House officials concluded that he had misled them about the nature of his contacts during the transition period with the Russian ambassador to the United States.

He was interviewed by the FBI in January about his communications with the ambassador, Sergey Kislyak. The deputy attorney general at the time, Sally Yates, soon advised White House officials that their public assertions that Flynn had not discussed sanctions with Kislyak were incorrect and that Flynn was therefore in a compromised position.

Flynn was facing a Justice Department investigation over his foreign business dealings even before Mueller was appointed as special counsel in May to investigate potential coordination between the Trump campaign and Russia to influence the 2016 presidential election. Mueller has since inherited that investigation.

Flynn, a prominent Trump backer on the campaign trail, has been a key figure in Mueller's probe and of particular interest to Trump. Former FBI Director James Comey, for instance, said that Trump encouraged him to end an FBI investigation into Flynn during a private Oval Office meeting in February.