Trump to recognize Jerusalem as Israel's capital next week, senior US official says 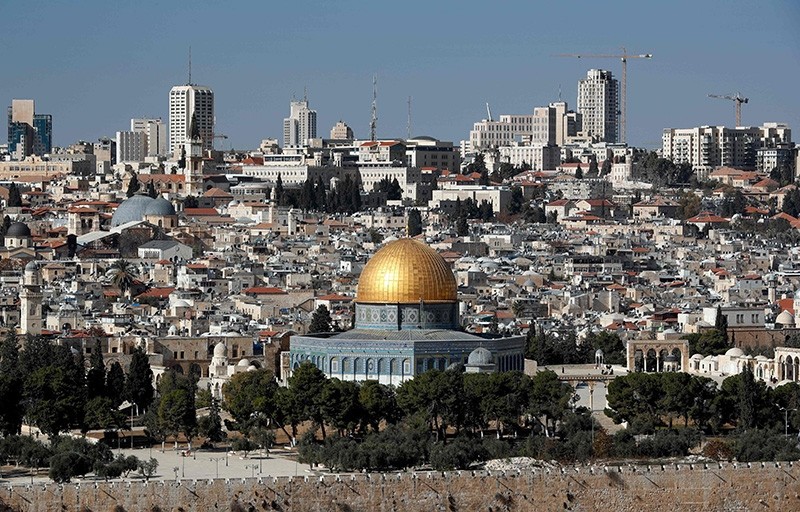 U.S. President Donald Trump is likely to deliver a speech on Wednesday recognizing Jerusalem as Israel's capital, a senior U.S. official said on Friday, a move that could upend decades of American policy and further inflame tensions in the Middle East.

Two administration officials said on Thursday that even as Trump was considering the controversial declaration, he was expected to again delay his campaign promise to move the U.S. embassy there from Tel Aviv.

The international community does not recognize Israel's claim on all of Jerusalem, home to sites holy to the Jewish, Muslim and Christian religions.

A U.S. stance deviating from that of previous presidents, who have insisted that the matter must be decided in peace negotiations, would anger Palestinians, who want the city's eastern sector as the capital of their future state, and the broader Arab world.

Such a move, however, could help satisfy the pro-Israel, right-wing base that helped Trump win the presidency and also please the Israeli government, a close U.S. ally.

The senior official said on condition of anonymity that the decision was not final and could still change.

"We've nothing to announce," said a spokesperson with the White House National Security Council.

After months of intense White House deliberations, Trump is seeking to strike a balance between domestic political demands and geopolitical pressures over the status of Jerusalem, one of the most sensitive core issues of the Israeli-Palestinian conflict.

Trump is likely to continue his predecessors' policy of signing a six-month waiver overriding a 1995 law requiring that the U.S. embassy be moved from Tel Aviv to Jerusalem, the officials said on Thursday.

But among the options under consideration is for Trump to order his aides to develop a longer-term plan for the embassy's relocation to make clear his intent to do so eventually, the officials said.