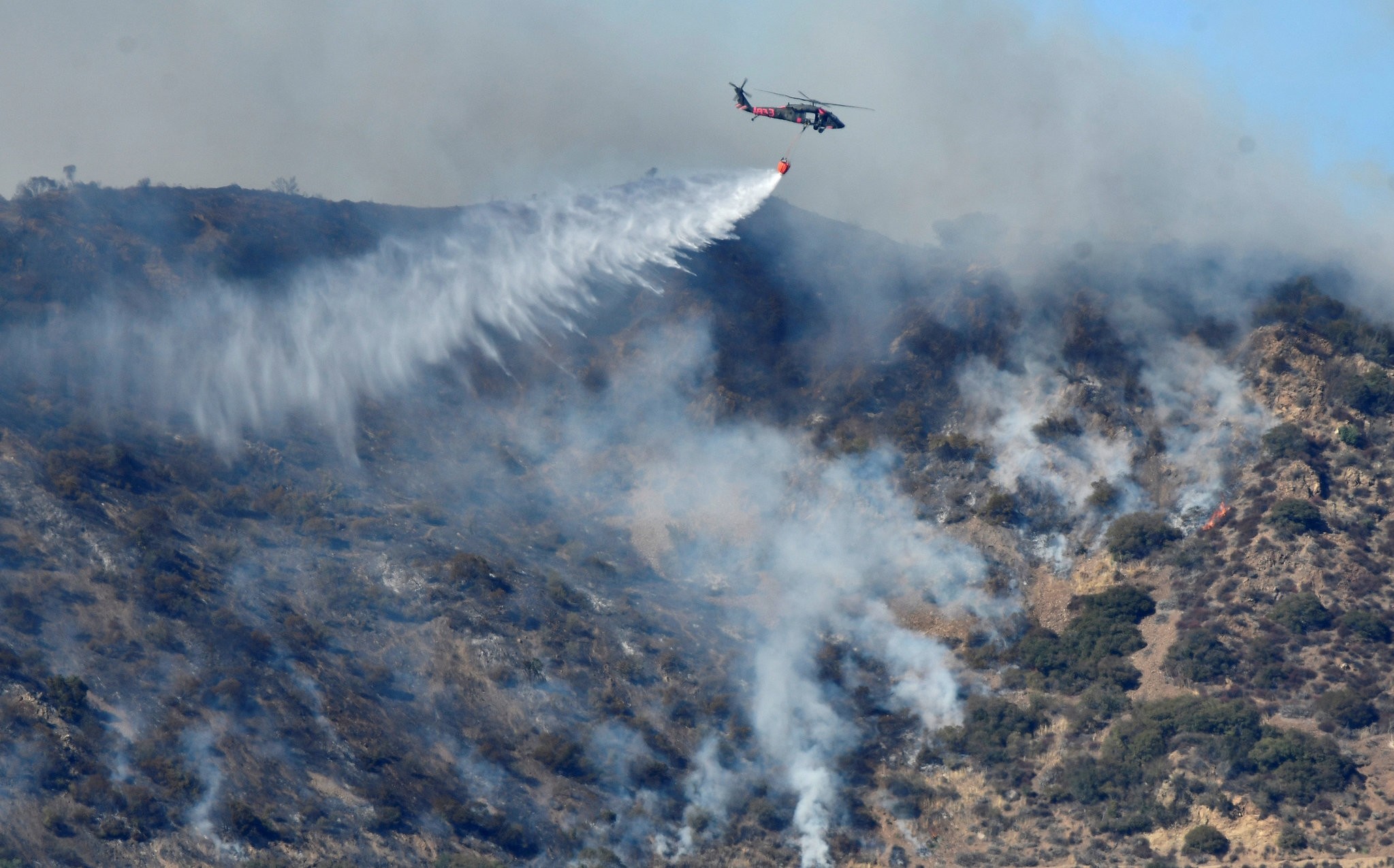 Surging Santa Ana winds on Saturday drove an enormous wildfire toward a wealthy community in the coastal mountains northwest of Los Angeles, leaving fire crews working in a pall of smoke.

The 404-square-mile Thomas Fire was moving rapidly westward and crested Montecito Peak, just north of the unincorporated Santa Barbara County community of Montecito. Known for its star power, the enclave boasts the mansions of Oprah Winfrey, Ellen DeGeneres and many other celebrities.

"It is right above the homes," fire spokesman Jude Olivas said.

"Still praying for our little town. Winds picked up this morning creating a perfect storm of bad for firefighters," Winfrey tweeted. It was not clear if the former talk show host was in Montecito.

Winds were gusting to 25 mph and at some point, mandatory evacuations were expected for an area occupied by dozens of homes.

Smoke from the fire lingered at ground level, making it hard for firefighters to see, and the poor visibility kept a fleet of water-dropping helicopters from taking off, Olivas said.

The fire already was moving north, south and west through heavy brush and forestlands in Santa Barbara and Ventura counties. Some 95,000 people were under mandatory evacuation orders.

No one picked up the phone Saturday at La Casa De Maria, a center for spiritual renewal "nestled between mountain and sea" in Santa Barbara. A recording said it was closed until further notice due to mandatory fire evacuation, ending with the words: "Be safe."

The Santa Ana winds had eased Friday, giving firefighters some breathing space after more than a week of tough, incessant work. Crews stripped or burned brush in areas near homes in an effort to starve the blaze.

Saturday's rising winds, however, brought concern that the flames would be pushed along so fast, far and fiercely that fire crews couldn't touch them.

"The fear is that the fire is uncontrollable in a very windy episode," Olivas said.

Those conditions would be so dangerous that firefighters couldn't battle the fire from the front but would have to "hunker" in safety zones until the flames pass, then move in and fight it, Olivas said.

The fire has burned more than 700 homes, threatens at least 18,000 homes and other buildings, and is blamed for the deaths of a firefighter and a 70-year-old woman who crashed her car on an evacuation route.

Everything about the fire has been massive, from the sheer scale of destruction that cremated entire neighborhoods to the legions attacking it: about 8,300 firefighters from nearly a dozen states, aided by 78 bulldozers and 29 helicopters.

The cause remains under investigation. At last count, firefighting costs were approaching $89 million.