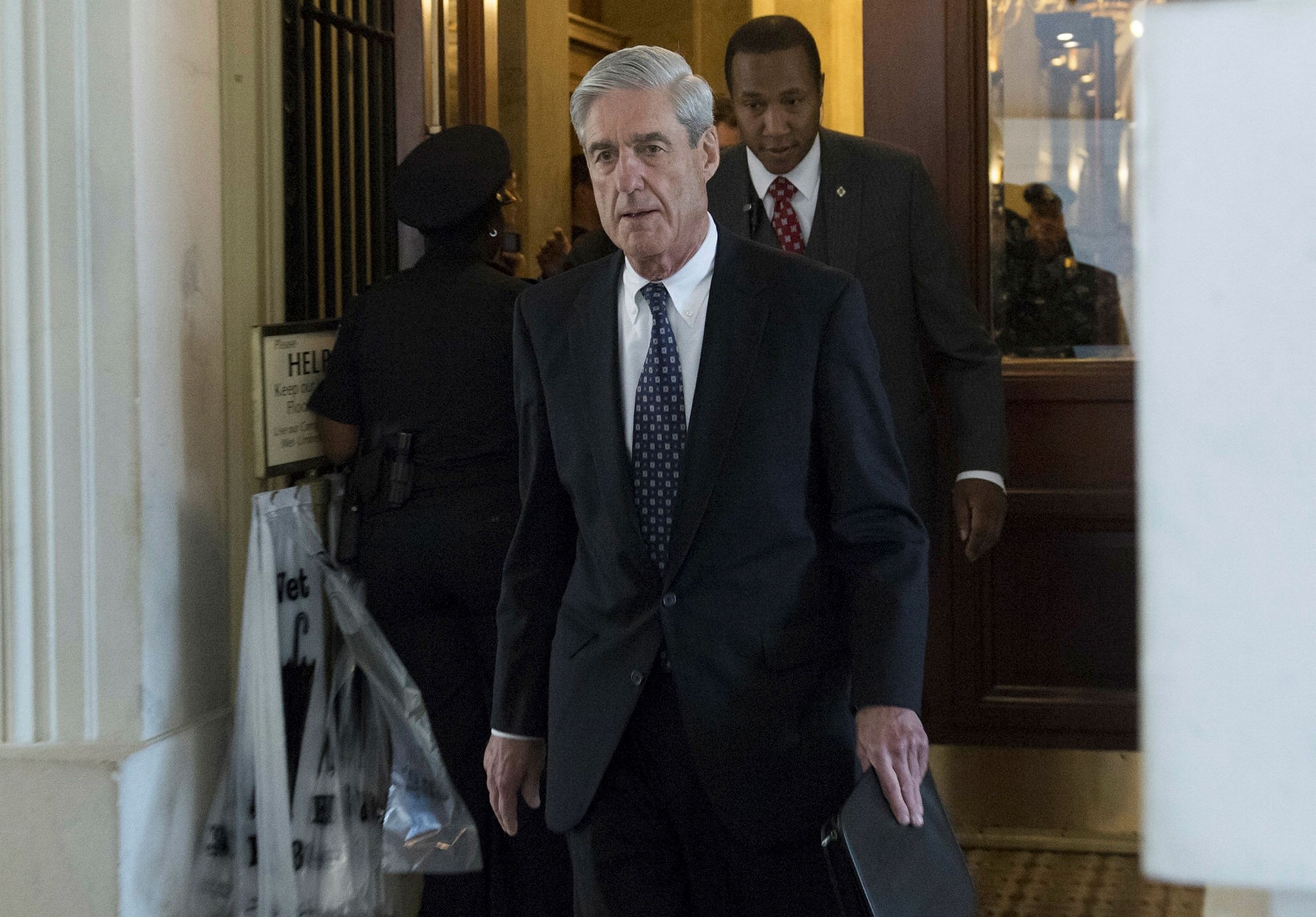 This file photo shows Former FBI Director Robert Mueller, special counsel on the Russian investigation, following a meeting with members of the US Senate Judiciary Committee at the US Capitol in Washington, DC on June 21, 2017. (AFP Photo)
by Associated Press Dec 18, 2017 12:00 am

President Donald Trump said on Sunday that he is not considering firing special counsel Robert Mueller.

Trump returned to the White House from Camp David and was asked if he was considering dismissing the man investigating whether there was collusion between the president's Republican presidential campaign and Russian officials.

He answered, "No, I'm not," and did not elaborate further.

The president did criticize the fact that Mueller had gained access to thousands of emails sent and received by Trump officials before the start of his administration.

He said it was "not looking good" and again stressed that there was "no collusion." Mueller's team received the emails from a federal agency and not the transition itself.

A spokesman for Mueller said the emails were obtained appropriately.