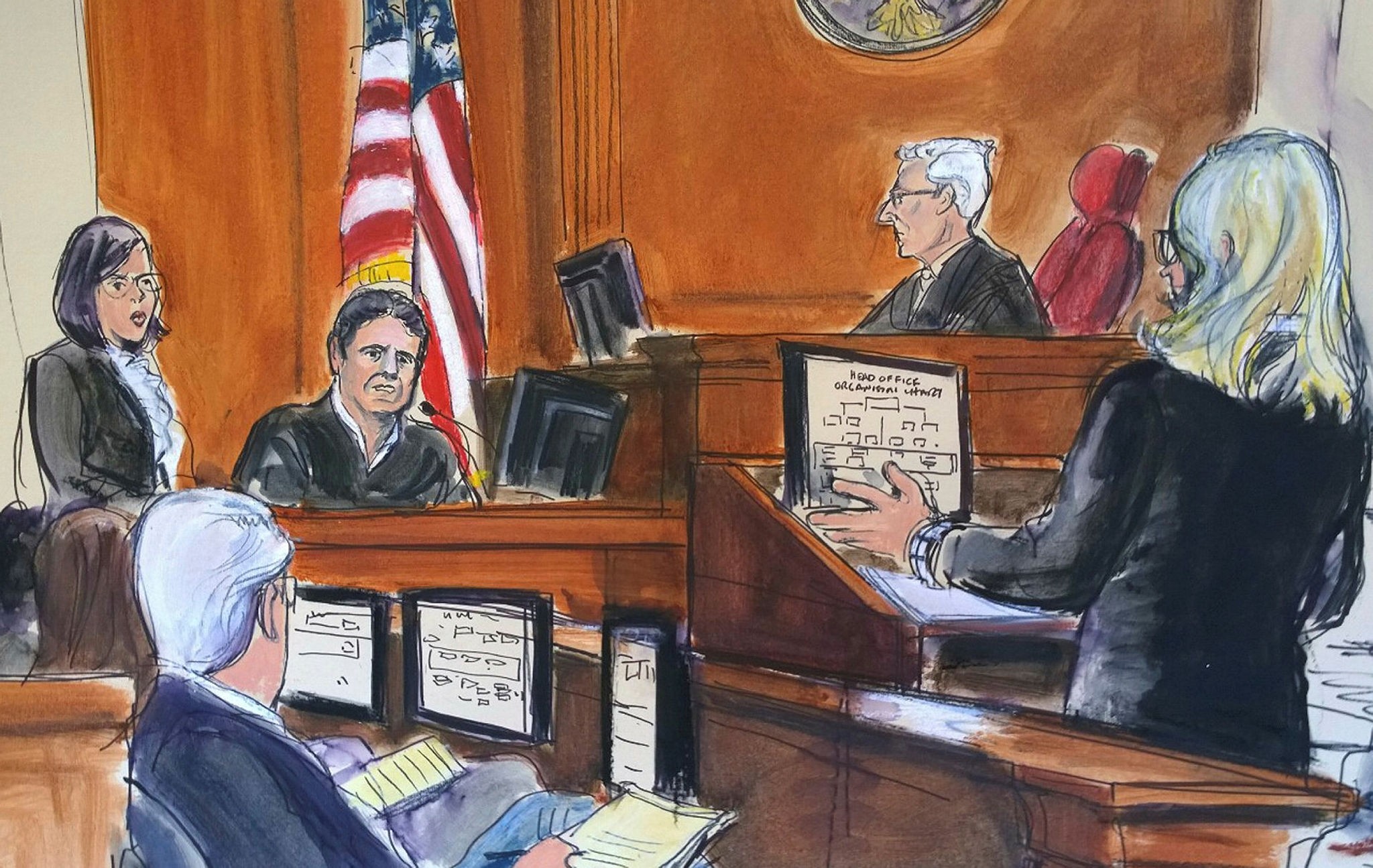 In this courtroom artist's sketch, Mehmet Atilla, second from left, testifies in his trial while Berman, second from right, listens, Friday, Dec. 15, 2017 in New York. (Elizabeth Williams via AP)
by Daily Sabah Dec 19, 2017 12:00 am

Law360 journalist Pete Brush reported late Tuesday that Judge Richard Berman, whose links with Gülenist terror group (FETÖ) has long overshadowed a trial on now-lifted U.S. sanctions against Iran, will not allow a crucial jailhouse call, which was held between Turkish-Iranian gold trader Reza Zarrab and his uncle who goes by the name "Ahad," to be played during the hearing.

"Judge Berman will NOT allow this jailhouse call to be played for the jury, according to Mehmet Hakan Atilla's defense team. The judge's ruling has not been officially published as of yet. It seemed like powerful evidence to impeach Reza Zarrab but apparently it's not coming in," Brush said in a tweet.

"Ahad, it is not like that. I am telling you. Here, when you come around and say 'OK, yes, I did this s***,' look, this leaves you in peace. Once you confessed, they do not mess up with you," is the exact phrasing of Zarrab's words on official record, which could easily impeach him as his remarks suggest an apparent plea bargain between him and the U.S. judiciary. 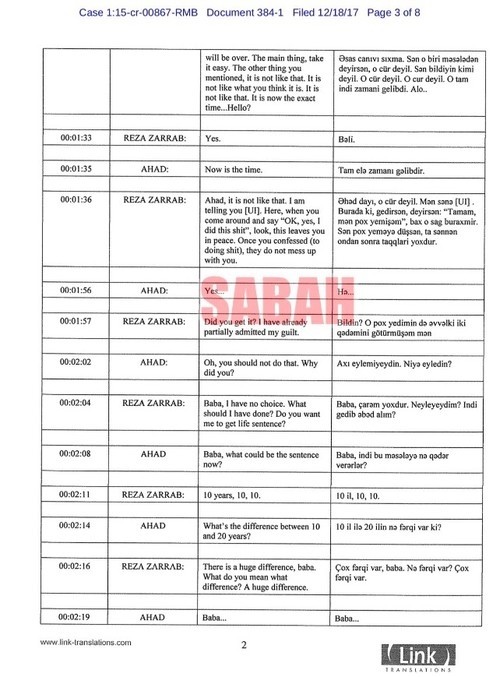 "I have no choice, what should I have done? Do you want me to get life sentence?" Zarrab asks his uncle over the phone, ultimately revealing that his sentence now should be 10 years.

Upon that answer, his uncle seems discontent with the length of the sentence.

"What's the difference between 10 and 20 years?" Ahad asks, to which Zarrab replies "There is a huge difference."

Another transcript shared by Brush shows that Zarrab told Ahad that "there is no law" in the United States.

Zarrab was arrested by U.S. authorities in March 2016 on suspicion of taking part in the alleged sanctions-busting scam.

The Turkish government, however, denies the case and asserts that this case is a political plot orchestrated by FETÖ.

Richard Berman, the judge who is overseeing Zarrab's case has direct links to FETÖ and has supported the terrorist group's rhetoric against Turkey. 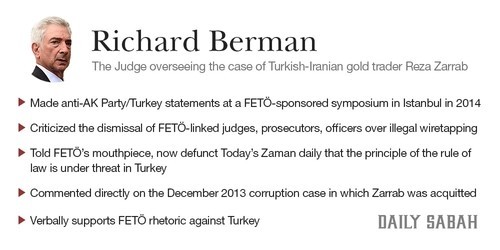 He came to Turkey after the failure of FETÖ-led Dec. 17-25 2013 operations, the so-called "corruption inquiry" which was a plot perpetrated by FETÖ to topple the government and came to Istanbul shortly after the incident for a symposium on "justice and rule of law," organized by the FETÖ-linked Yüksel Karkın Küçük Attorney Partnership. In the symposium, the Berman targeted the Justice and Development Party (AK Party) government and claimed that Turkey is governed by "one man rule" and suggested that the current government must be changed, ideas consistently propagated by FETÖ supporters.

The judge had also criticized the dismissal of FETÖ-linked judges, prosecutors and police officers over unlawful wiretapping charges.

While in Istanbul, he spoke with FETÖ's mouthpiece, the now defunct Today's Zaman daily, and claimed that the principle of the rule of law was under threat in Turkey. His comments were directly related to the December 2013 corruption case in which Zarrab was acquitted.

"While all these are taking place, it is not possible to say that this case is still a legal, technical case regarding an embargo. A political operation of perception is being carried out over this against our president, the Republic of Turkey and high-level authorities of the Republic of Turkey," presidential spokesman İbrahim Kalın said earlier in December.