US Senate moves tax overhaul to bring of final passage 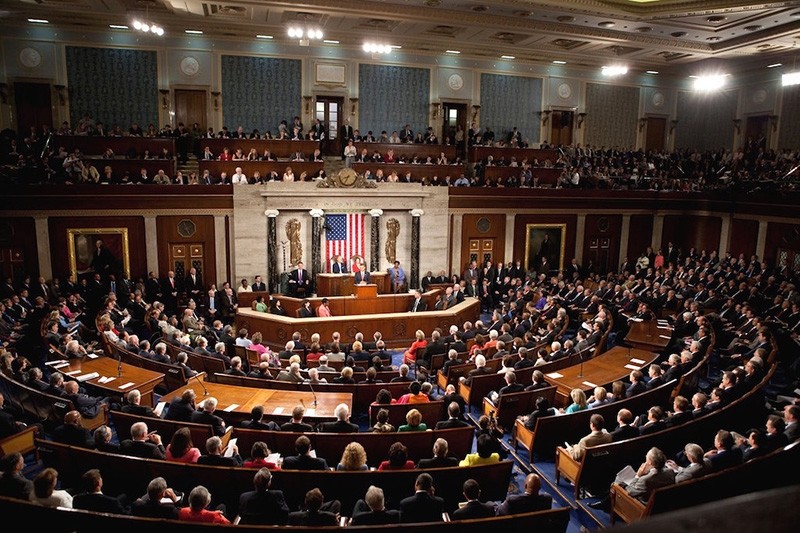 Hours earlier, Trump's $1.5 trillion deficit-busting tax cuts cleared the House of Representatives, but a rare last-minute snag over parliamentary rules will force the lower chamber to vote on the updated package once again Wednesday.

The deepest rewrite of the tax code in three decades provides dramatic tax breaks to U.S. corporations, and families at all incomes levels will see their income tax drop starting next year, with the largest benefits going to the wealthy.

The Republican legislation passed the Senate along strict party lines, 51 votes to 48, with all Democrats united in opposition.

The vote had appeared destined to a dramatic showdown, especially with Senator John McCain's absence due to cancer treatment meaning Republicans could afford only one defector.

Vice President Mike Pence presided over the chamber in the event he need to break a tie.

But with senators Marco Rubio and Bob Corker backing off their threats to oppose the bill, it ultimately carried through, and Pence pronounced to loud cheers, "the Tax Cuts and Jobs Act is passed."

In the House, 12 Republicans had joined all Democrats in opposition as the bill passed 227 to 203.

"Today we are giving the people of this country their money back," said House Speaker Paul Ryan, who forcefully banged the gavel down as he proclaimed victory.

Trump, who has pushed hard to get the measure across the finish line, tweeted his congratulations to Ryan and all other "great House Republicans who voted in favor of cutting your taxes!"

Senate Democrats said they demanded that three provisions in the bill -- including one allowing the use of savings accounts for home-schooling expenses -- be stripped out because they violate the Senate's so-called Byrd Rule, guidelines on the kinds of legislation that can pass the Senate with just a simple majority.

Democrats seized on the hiccup as proof that Republicans were rushing to jam the tax cuts through Congress without enough study.

"In the mad dash to provide tax breaks for their billionaire campaign contributors, our Republican colleagues forgot to comply with the rules of the Senate," senators Bernie Sanders and Ron Wyden said in a statement.

Republican leaders unveiled their final version of the bill only late last week, and Trump has demanded it reach his desk by Christmas.

Should the bill become law, it would be the Republicans' most important legislative victory in the 11 months since Trump's inauguration.

The Republican plan is projected to add nearly $1.5 trillion to the national debt over the coming decade, according to the Joint Committee on Taxation.

But that figure drops to about $1 trillion when economic growth is accounted for.

Ryan stated that a median-income family of four earning $73,000 annually would save $2,059 in taxes next year.

The Democratic opposition has denounced the measure as mostly benefiting companies and the wealthiest Americans -- including Trump himself -- and warns it risks blowing a hole in the national debt, which has surged past $20 trillion.

Under the legislation, the federal corporate tax rate would fall from 35 percent to 21 percent, and the maximum individual income tax rate, for the nation's wealthiest, would drop from 39.6 percent to 37 percent.

While Republicans failed earlier this year to repeal and replace "Obamacare," the tax plan takes a key step in that regard, by scrapping the individual mandate that requires nearly all Americans to have health insurance or pay a fine.