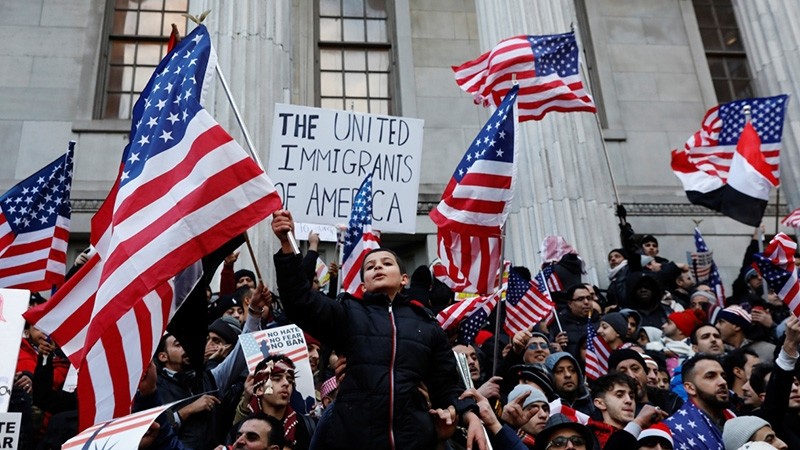 The U.S administration is considering a plan to separate immigrants who enter the country illegally from their children, newspapers reported on Friday after a rise in the number of border crossers.

Slowing the flow of people sneaking into the United States from Central America was a major campaign promise of President Donald Trump, whose administration has cracked down on a number of fronts against undocumented migrants and refugees.

Citing officials briefed on the proposals, The New York Times said plans call for apprehended parents to be sent to adult detention facilities while their children would go to shelters or to a "sponsor," who could be a relative.

In a similar report, The Washington Post said the proposal is among other measures being considered and which would also crack down on undocumented migrants already in the U.S. who pay smugglers to bring their children across the border.

"People aren't going to stop coming unless there are consequences to illegal entry," a Department of Homeland Security official told the Post.

The U.S. Customs and Border Protection (CBP) agency, which patrols the frontier, said this month that there had been a slight month-to-month pickup in the number of people it has caught since May, underscoring the need to boost surveillance and detection.

In overall numbers, CBP said it had apprehended 310,531 people trying to sneak in this year, nearly all along the southern border.

This was, however, a drop from the previous year and the lowest level on record.

Trump has called for a wall to be built along the Mexican border to stop illegal crossings.

In the fiscal year to September 30, agents from the Immigration and Customs Enforcement agency arrested 143,470 people it said were in the country illegally, 30 percent more than the previous year.

In September, Trump said he was scrapping a program that shielded from expulsion hundreds of thousands of young immigrants who were brought into the country illegally as children, known as "Dreamers."