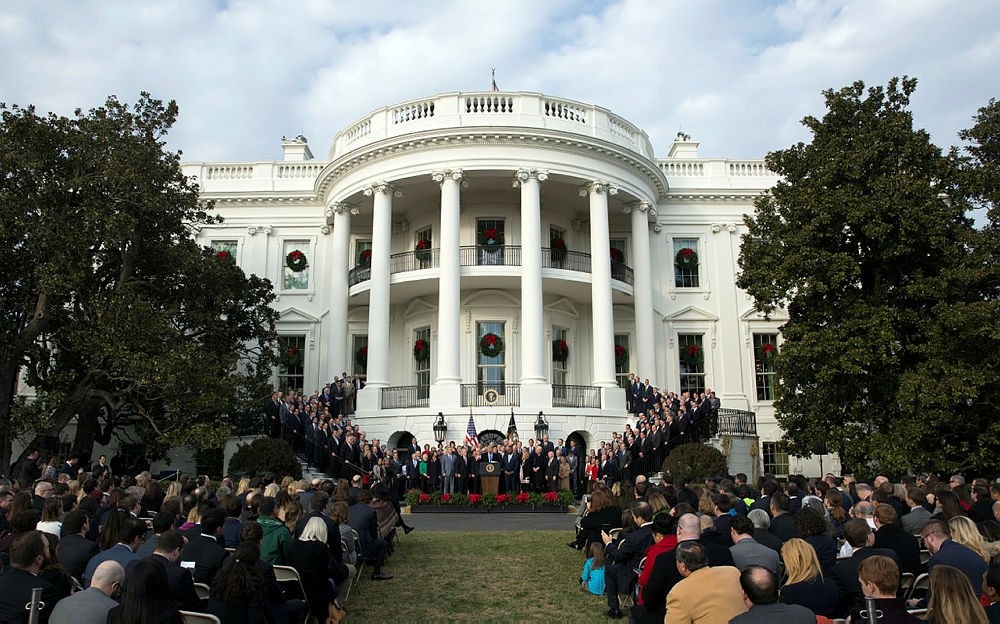 The White House is starting to bar the staff from using their personal cellphones at work, spokeswoman Sarah Huckabee Sanders said Thursday.

Sanders said in a statement Thursday that "the security and integrity of the technology systems at the White House is a top priority for the Trump administration and therefore starting next week the use of all personal devices for both guests and staff will no longer be allowed in the West Wing."

She said aides would "conduct business on their government-issued devices."

Sanders said the decision was about security, "not about leaks." She said there would be a place for people to store phones at the West Wing entrance.

According to a Bloomberg report, Chief of Staff John Kelly was behind the decision.

The Whie House personnel is reportedly concerned that the new rule will make it harder for them to keep in contact with their families as the phones given by the White House reportedly does not allow texting.

Leaks coming from the White House about sensitive matters including Trump's calls with world leaders to his comments about former FBI Director James Comey have created chaos since he has taken office.

According to a internal memo linked in early September, the Trump administration planed an extensive crackdown on leaks from inside the government.

Over 50 different federal agencies and departments were to hold leak-prevention trainings in September, according to the memo obtained by BuzFeed News.