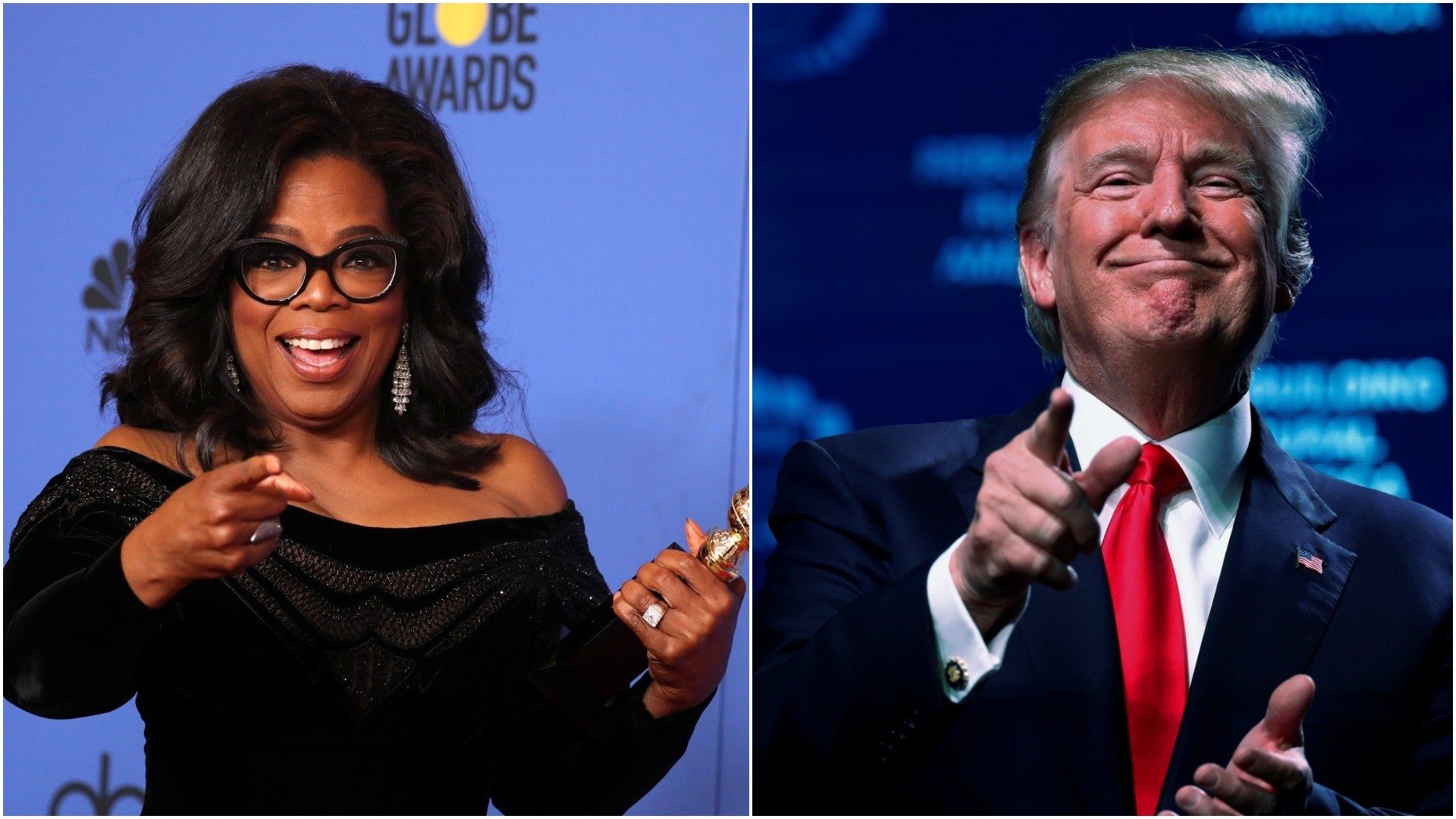 President Donald Trump said on Tuesday that he could beat media mogul Oprah Winfrey in a presidential contest but said he did not think the actress and talk show host would run.

"I like Oprah," Trump said, adding that he had appeared on her long-running afternoon program.

"I know her very well," he told reporters during a meeting with lawmakers at the White House, before adding: "I don't think she's going to run."