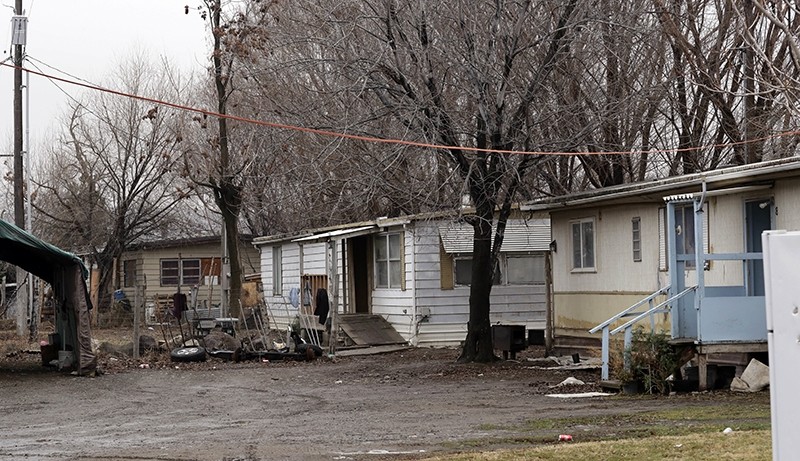 A slow-moving landslide in a fertile farming region in Washington state has forced evacuations as officials prepare for what they say is inevitable — the collapse of a ridge that sits above a few dozen homes and a key highway.

People in Washington are especially wary of landslides following one in 2014 north of Seattle that swept through a tiny community and across a state road, killing dozens.

Experts say the slide could happen as soon as late January or early February above Union Gap, a small agricultural town in the rolling brown foothills of the Cascade Range. A chunk of one ridge about the size of 24 football fields is expected to break off, spilling an estimated 4 million cubic yards of rocks and dirt.

Opinions on the impact vary widely, ranging from little damage to widespread flooding, especially in Union Gap. Some worry floodwaters will stretch into Yakima, which has 94,000 residents and sits just a few miles away.

Also nearby are the Yakima River and Interstate 82, which connects Oregon to busy Interstate 90.

I82 is the main route through central Washington's Yakima Valley, which produces many of America's hops, cherries, apples and mint. The state has deemed it safe to remain open but has placed 44 shipping containers — filled with concrete barriers and weighing 9 to 14 tons each — at the bottom of the ridge to keep random rocks from tumbling into traffic.

The hillside has been sliding since at least October, when authorities began monitoring huge cracks in Rattlesnake Ridge's western slope. At that time, the landslide was moving at less than an inch (25 millimeters) per day. More recently, it has been measured sliding at 2.5 inches (64 millimeters) per day.

Looming over all this are memories of a massive March 22, 2014, landslide in the community of Oso. That slide killed 43 people and covered 1 square mile with mud and debris. And more recently this month's deadly landslide in Southern California.

Authorities have already evacuated about 60 residents who live in trailers and a few buildings near Union Gap, population 6,000. They are staying in paid hotel rooms for five weeks, although their future accommodations are up in the air.

Alejandro Mejia has lived below the ridge for about 14 years, and last week helped family members move some of their belongings.

"I feel kind of terrible ... that the hill is going to fall," Mejia said, calling it a "life or death situation."

Mejia said he has climbed up the ridge to look at the fracture in the ground.

"It is not predicted for this to happen," Inslee said, noting emergency preparations are nonetheless in place for Union Gap.

Asked about the possibility of the slide reaching and damming the Yakima River, Inslee said geologists have indicated that is unlikely.

Still, "we have to make sure we monitor this on an hourly basis because if something changes, we want to be able to respond on a minute-by-minute response plan," the governor said.

"That is the very, very worst case scenario," Lisa Freund, spokeswoman for the Yakima Valley Office of Emergency Management, said of the river being dammed by a slide. Freund said officials do not know what triggered the cracking.

Other experts disagree about potential damage from a major slide.

Bruce Bjornstad, a retired geologist and independent consultant, has contended a sudden landslide could wipe dozens of cars off the interstate and dam the river, causing flooding in portions of the urban area.

But an engineering firm hired by Columbia Asphalt & Gravel, which operates a quarry below the slide area, concluded any slide is likely to be slow-moving and mostly contained by the quarry.

Some residents have suggested using explosives to trigger the landslide, but Inslee said that is not an option.

"The state does not have enough confidence that that wouldn't create a larger problem," the governor said.

Patience is paramount, he added.

"We are treating this slide with extreme caution, with extreme sensitivity and the nth degree of evaluation," Inslee said.