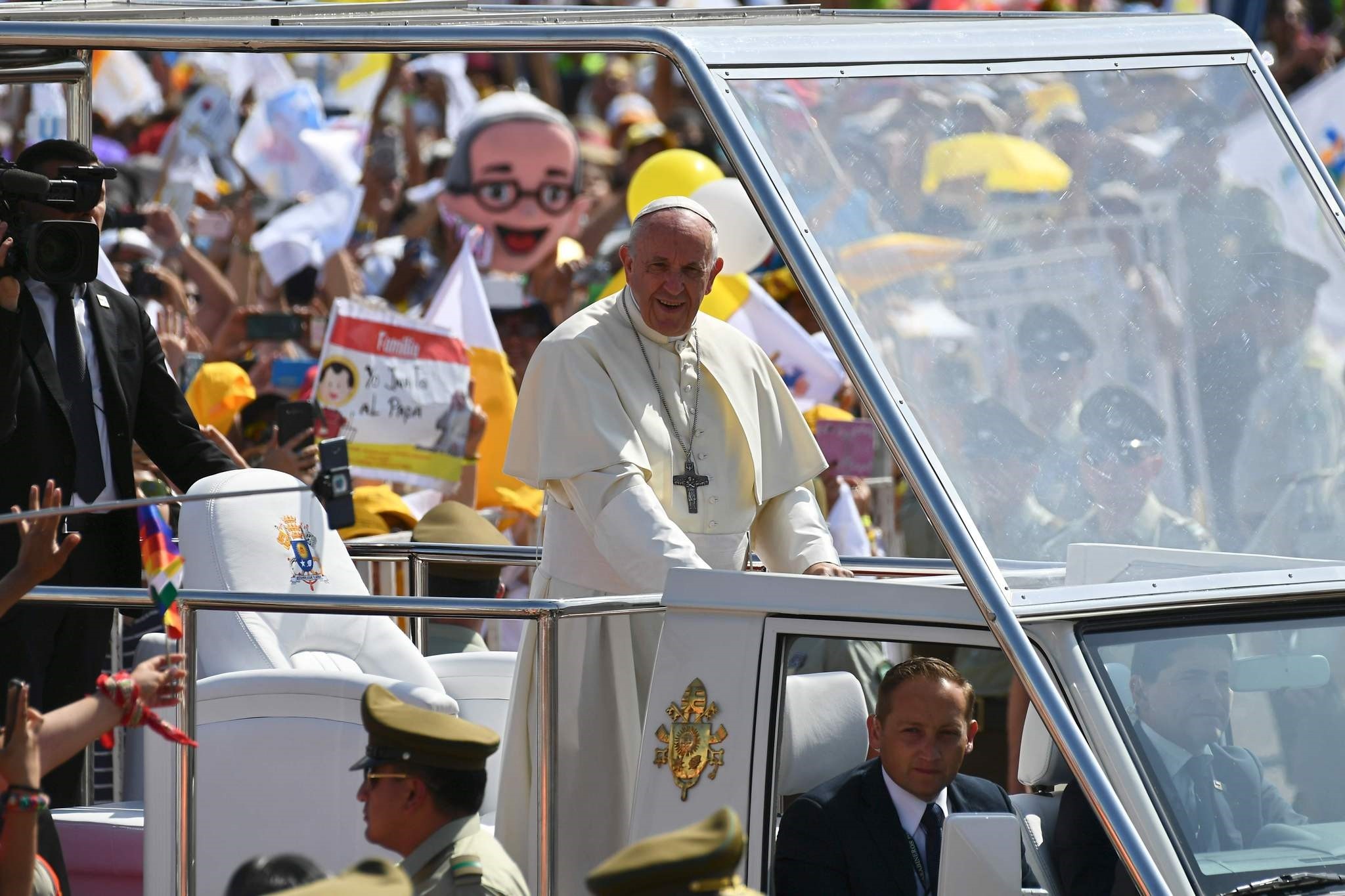 Pope Francis arrives on the popemobile at the site at Lobitos Beach, near the northern Chilean city of Iquique, where he will celebrate an open-air mass on January 18, 2018. (AFP Photo)
by Compiled from Wire Services Jan 18, 2018 12:00 am

Pope Francis on Thursday strongly defended a Chilean bishop accused of covering up a priest's sexual abuse of minors.

"The day they bring me proof against Bishop Barros, then I will speak," the pope said in response to a journalist's question about the 61-year-old bishop, appointed by Francis in 2015 despite being accused of covering up another priest's abuse of boys.

"There is not a single piece of proof against him. Everything is slander. Is this clear?" the pope said before celebrating open-air mass in the northern city of Iquique.

The pope was criticized for his 2015 appointment of Juan Barros as bishop of Osorno, Chile. It is alleged that Barros protected a priest whom the Vatican found guilty of child abuse in 2011.

Barros' presence at Tuesday's Mass in Santiago sparked protests and demands that he resign. Questioned by journalists on his arrival in Temuco, the bishop said: "I have said many times that I did not witness [abuse]."

Francis' sixth trip to Latin America will also take him to Peru before he leaves for the Vatican on Sunday.