Approval of US leadership hits all-time low under Trump: poll 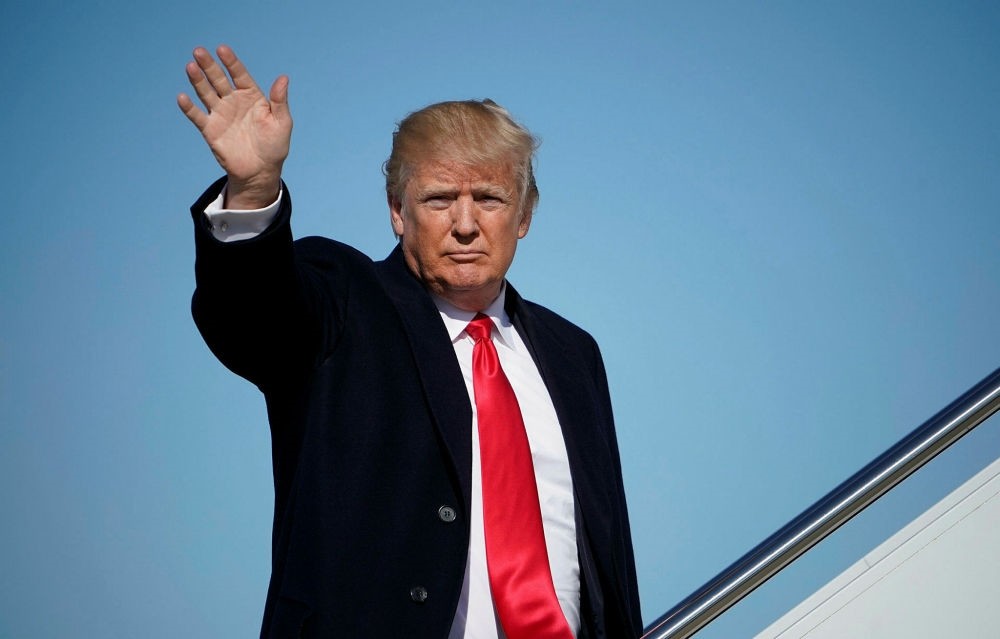 U.S. President Donald Trump makes his way to board Air Force One before departing from Andrews Air Force Base, Maryland, Jan. 18.
by Compiled from Wire Services Jan 20, 2018 12:00 am

Global approval of U.S. leadership has hit an all-time low as President Donald Trump prepares to round out his first year in office, according to a poll published Thursday.

Gallup found that the median approval of U.S. leadership in 134 countries plummeted to only 30 percent, down 18 points from President Barack Obama's final year in office in 2016, as reported by Anadolu Agency. That is the lowest toll since Gallup began tracking the measure in 2007. It is also a full four points less than the previous low during the last year of former President George W. Bush's time in office.

As approval of leadership declined, disapproval soared, Gallup said. Disapproval shot up 15 percentage points to a 43 percent median, hitting the highest mark since the poll began.

Major losses in confidence were recorded by Gallup among close U.S. allies including Portugal, Belgium, Norway and Canada, which had drops in confidence of 40 points or more.

In all, confidence in U.S. leadership fell by 10 points or more in 65 countries, including all of western and northern Europe and nearly all of Latin America.

"Regionally, the image of U.S. leadership suffered most in the Americas, where approval ratings dropped to a new low," Gallup found. "The median of 24% who approve of U.S. leadership in the region now stands at about half of what it was in the last year of the Obama administration (49%)."

While approval was hit just about as hard in Europe, Gallup said it has not shattered the regional record set in the final years of the Bush presidency.

Trump did wrack up a smattering of increased approval in a handful of countries. Liberia, Macedonia, Israel and Belarus all recorded an improvement of 10 points or more, Gallup found.

Trump has long stressed that under his administration, the U.S. would pursue an "America first" policy that critics have said is more accurately described as "America only".

With its 30 percent approval, the U.S. stands just below China, which is at 31 percent, and slightly above Russia, which is at 27 percent. Trump notably views both countries as rivals on the global stage.

"The basic problem with this guy in terms of his foreign policy is that his behavior is unorthodox," Jeffrey, now a fellow at the Washington Institute, told AFP. "It's the unpredictability," he argued. "It's not a minor thing if you're running a global security system based on credibility. But, so far, he hasn't done much damage to the international order."