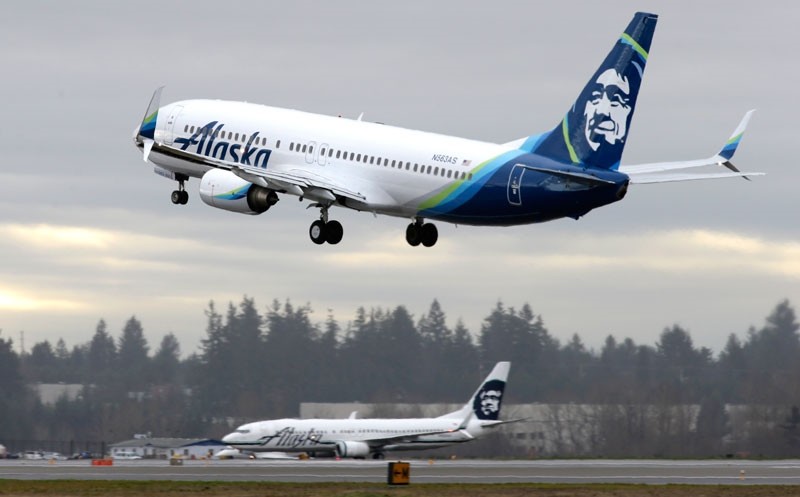 An Alaska Airlines flight to Seattle was forced to return to Anchorage early Wednesday after a passenger locked himself in the bathroom, took off all his clothes, and refused to follow crew instructions.

Kate Danyluk, a passenger on the flight, told The Associated Press she knew something was wrong because the flight attendants kept going back and forth in the aisles and had put on rubber gloves.

"Alaska Airlines flight 146 from Anchorage to Seattle returned to Anchorage due to a passenger not following flight attendant's instructions. While no emergency was declared, the decision was made to return to Anchorage," Alaska Airlines spokesman Tim Thompson said in an email.

Airport police and FBI met the plane when it landed shortly before 3 a.m. Authorities did not release his identity.

"The police came on and took him out the back door," said Danyluk, an Anchorage teacher who was taking a "green escape" to attend a garden show in Seattle.

Staci Feger-Pellessier, a spokeswoman for the Anchorage FBI office, said in an email Thursday morning that the man was taken to a local hospital for a psychiatric evaluation.

"No final determination has been made yet whether or not charges will be brought," Chloe Martin, a spokeswoman for the U.S. attorney's office in Alaska, said by email.

"There was a subject on the aircraft that had barricaded or locked himself in the bathroom, the lavatory," airport police Sgt. Darcy Perry told Anchorage television station KTVA. Her office declined to make her available to speak to the AP on the direction of the airport manager, who didn't return a message.

"Flight attendants did find that the subject was naked," Perry said, without elaborating.

Danyluk didn't see the man, and said several other men were standing near the bathroom to shield the view. She had heard "he had taken off his clothes and he just wasn't in his right mind."

"I'd rather go back to Anchorage than have something happen," Danyluk said. "Safety first."

There were 178 passengers on the flight. The re-boarded flight took off for Seattle just after 6:30 a.m.