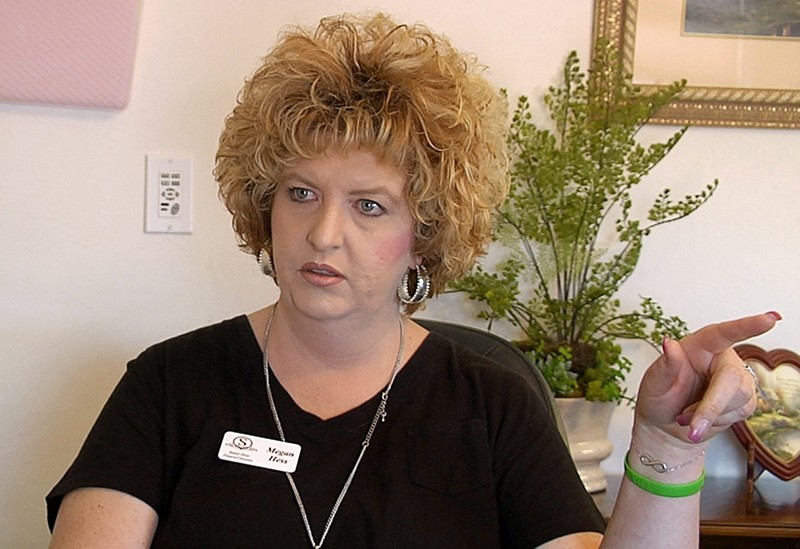 The Federal Bureau of Investigation on Tuesday searched the offices of a Colorado businesswoman who operates a funeral home and a body donation company from the same building.

The raid in Montrose, Colorado, follows a Reuters report last month in which former funeral home employees expressed concern that owner Megan Hess was running a side business dissecting donated bodies and selling the parts to medical training and research organizations.

The FBI search warrant, approved by a federal magistrate in Colorado, is sealed, and Reuters could not determine the reasons for the raid. The search was confirmed by an FBI official and Montrose Police Commander Gene Lillard, whose department is assisting.

An attorney for Hess was not immediately available to comment.

A Montrose husband and wife said that, after reading last month's Reuters report, they became alarmed and canceled a prepaid cremation contract with Hess. Documents they retrieved from Sunset Mesa, they said, led them to believe their bodies would have been donated to science against their wishes. The couple gave the documents to the FBI.

"I felt like I dodged a bullet," the wife, Suann Hughes, 72, said in an interview with Reuters before the FBI raid.

She said that she and her husband, John Hughes, 78, bought prepaid cremations from Hess' funeral home, Sunset Mesa, in June 2016. Suann Hughes said that the $895 per person cremation fee was discounted by $100 each when the Hugheses agreed to donate their bodies to Donor Services, which Hess operates in the same building as the funeral home.

Hughes said that she later canceled the donation - but not the cremation - in July 2017. She said the donation forms, including one she signed for her husband, were returned to her.

But last month, after reading the Reuters report about Sunset Mesa and Donor Services, Hughes decided she no longer wanted Hess to handle any aspect of her or her husband's funerals.

During a visit to Sunset Mesa, Hughes said, Hess returned the couple's file. Hughes said she was surprised to see signed donor consent forms remained in the file.

"We were still written down in the file as for donation," Hughes said. "I felt like had one of us died, we would have been huge victims."

Reuters began examining the Hess companies more than a year ago as part of the news agency's exploration of the human body trade, a virtually unregulated industry that largely operates in the shadows. No federal law prohibits the buying and selling of human body parts to be used in research and education. Brokers typically obtain cadavers from people who donate their remains in exchange for the free cremation of unused portions of their bodies.

Last month's report included interviews with former employees who alleged that Hess had engaged in deceptive marketing practices. One former employee also claimed that gold dental work had been removed from corpses and sold.

Hess offered to sell body parts to education and research organizations. For example, a price quote Hess sent to an Arizona medical training lab in 2016 offered torsos for $1,000 each. A pelvis with upper legs went for $1,200, heads for $500, a knee for $250, and a foot for $125, according to a 2013 Donor Services price list.

Reuters also reported that Colorado state funeral regulators are investigating Sunset Mesa. The state's Department of Regulatory Agencies said it had nine open complaints about Sunset Mesa – "higher than average" for funeral homes in the state, spokesman Lee Rasizer said last month. He would not discuss the nature of those complaints or any action the department may be taking.