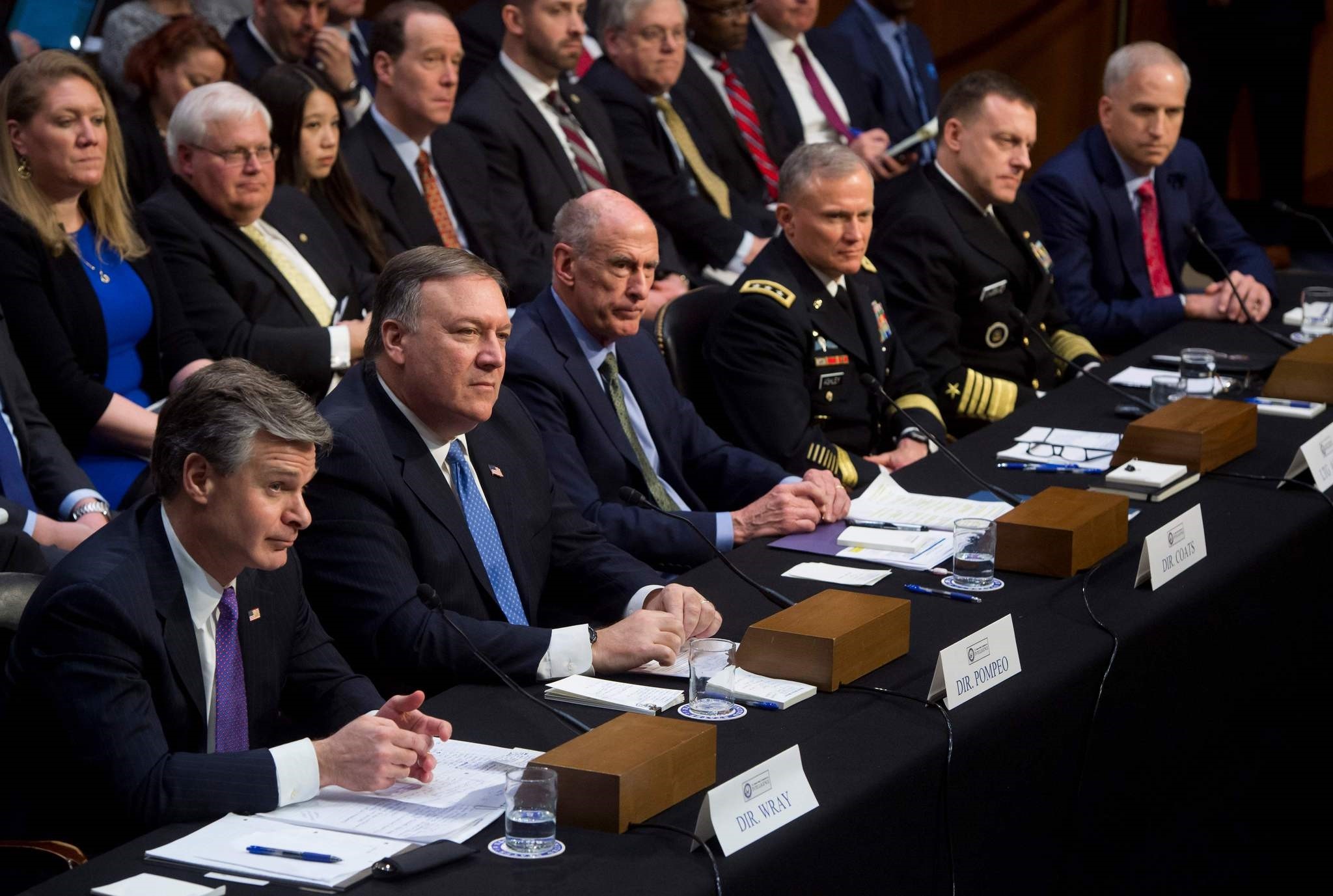 Top U.S. national security officials said on Tuesday they had "no doubt" Russia will try to interfere in the 2018 U.S. mid-term elections, adding Moscow believes it succeeded in its effort to undermine U.S. democracy by meddling in the 2016 presidential campaign.

Director of National Intelligence Dan Coats said Russia, as well as other foreign entities, were likely to pursue more cyber attacks on U.S. and European elections this year and beyond.

"Persistent and disruptive cyber operations will continue against the United States and our European allies using elections as opportunities to undermine democracy," he told an annual Senate Intelligence Committee hearing on worldwide threats.

Coats said that effort would include the U.S. elections in November, when Republican control of the House of Representatives and Senate are at stake, as well as a host of positions in state governments.

"Frankly, the United States is under attack," he said.

U.S. spy agencies said last year they had determined Russia used hacking and propaganda in an effort to tilt the 2016 presidential election in favor of the Republican candidate, Donald Trump. Russia has repeatedly denied this.

"There should be no doubt that Russia perceives its past efforts as successful and views the 2018 U.S. midterm elections as a potential target for Russian influence operations," Coats said.

Coats described a range of ways in which Russia might try to influence this year's vote.

"At a minimum, we expect Russia to continue using propaganda, social media, false-flag personas, sympathetic spokespeople, and other means of influence to try to exacerbate social and political fissures in the United States," Coats said in prepared testimony.

The charge of Russian meddling in 2016 spawned a federal probe and congressional investigations into whether Trump's campaign colluded with Moscow, throwing a shadow over the first year of Trump's presidency.

Trump has cast doubt on the notion that there was Russian meddling in the 2016 campaign, presenting it as sour grapes from supporters of defeated Democrat Hillary Clinton. He has denied any collusion by his associates, and has also denied attempting to obstruct the federal probe.

Several senators asked the intelligence chiefs during the hearing whether there was a plan in place to combat the expected hacking.

Central Intelligence Agency Director Mike Pompeo and Chris Wray, the director of the Federal Bureau of Investigation, both said there were significant, specific efforts under way.

SOCIAL MEDIA IN THE SPOTLIGHT

Executives from social media companies such as Facebook Inc and Twitter Inc have testified repeatedly in Congress about Russia's purported disinformation drive aimed at U.S. voters.

The Senate intelligence panel is conducting one of the three main congressional investigations into the Russia issue. Several members of the committee made a point as they questioned the intelligence officials of expressing their strong support for them and their work.

As the investigations of his associates and Russia have gone on, Trump has repeatedly criticized the CIA and FBI, including taking to Twitter on Feb. 2 to say the top leadership of the FBI had "politicized the sacred investigative process" to favor Democrats against his fellow Republicans.