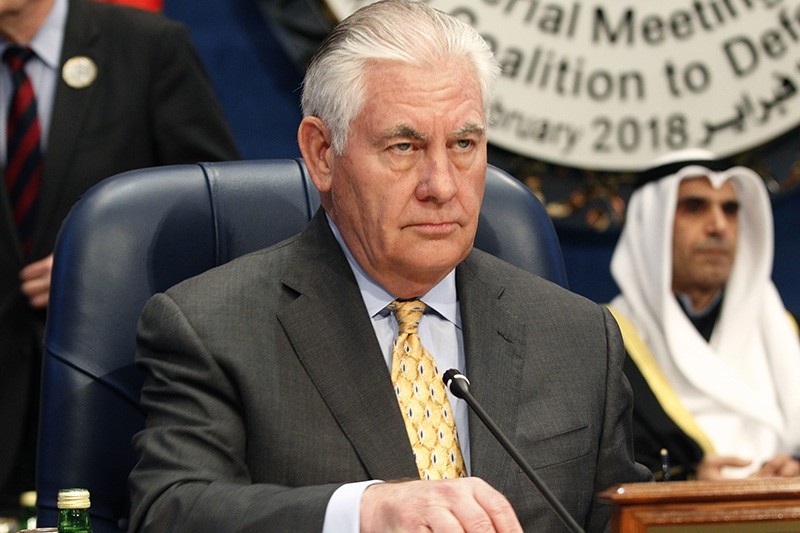 U.S. Secretary of State Rex Tillerson prepares for a meeting of a U.S.-led coalition fighting against Daesh (AP Photo)
by Daily Sabah with Agencies Feb 13, 2018 12:00 am

Speaking at a meeting of the global coalition against Daesh in Kuwait, Tillerson said that the end of major combat operations against Daesh does not mean the United States and its allies have achieved an enduring defeat of the terrorist group.

The operation and the U.S.' presence in Syria's Manbij — where Turkey has vowed to extend it — are expected to be discussed during the meeting.

The U.S.' Syria policy, especially its military support for the Syrian Democratic Forces (SDF), which is dominated by PKK-linked People's Protection Units (YPG) terrorists, has been a cause of tension between the two NATO allies.