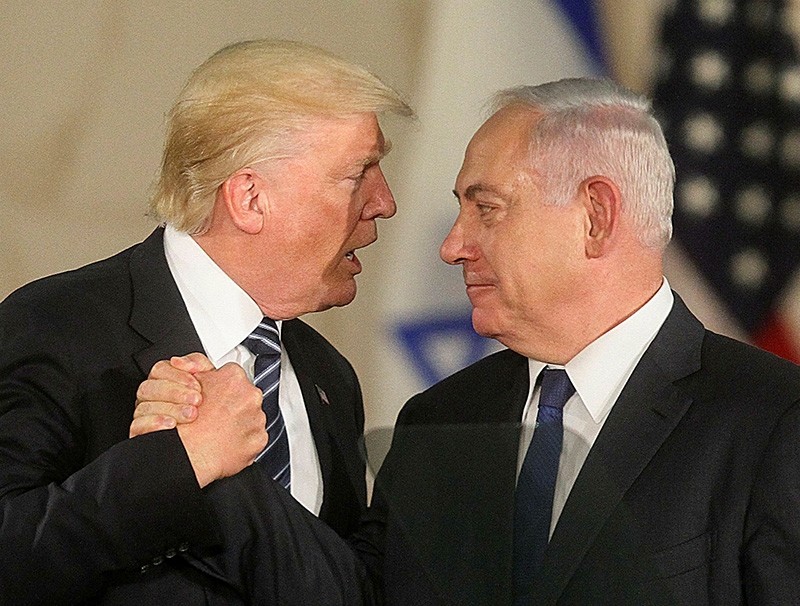 The March 5 visit comes after a war of words between the Israeli and U.S. governments over settlements, and a scandal that has seen police recommend Netanyahu be indicted for graft.

U.S. officials reacted furiously this month when Netanyahu suggested he had discussed annexing settlements in the occupied West Bank with Washington.

Such a move would further damage the already moribund peace process between Israelis and Palestinians.

The White House denied the discussions had taken place, in a rare show of disunity with Israel.

White House spokesman Josh Raffel said "reports that the United States discussed with Israel an annexation plan for the West Bank are false."

The visit will be an opportunity to put things right, but it will also be a boon for Netanyahu, underscoring his close ties with Washington at a time of great political difficulty at home.

Trump was cheered by Israel when last December he unilaterally recognized the disputed city of Jerusalem as Israel's capital, a move that sparked outcry across the Muslim world and international community.

In Tel Aviv on Friday thousands of Israelis marched against corruption, calling on Netanyahu to step down and carrying banners reading 'Crime Minister' and 'Bye bye Bibi' -- a common nickname for the Israeli leader.

Police this week called for Netanyahu, 68, to be indicted for bribery, fraud and breach of public trust, in the biggest challenge yet to the right-wing premier's long tenure in power.