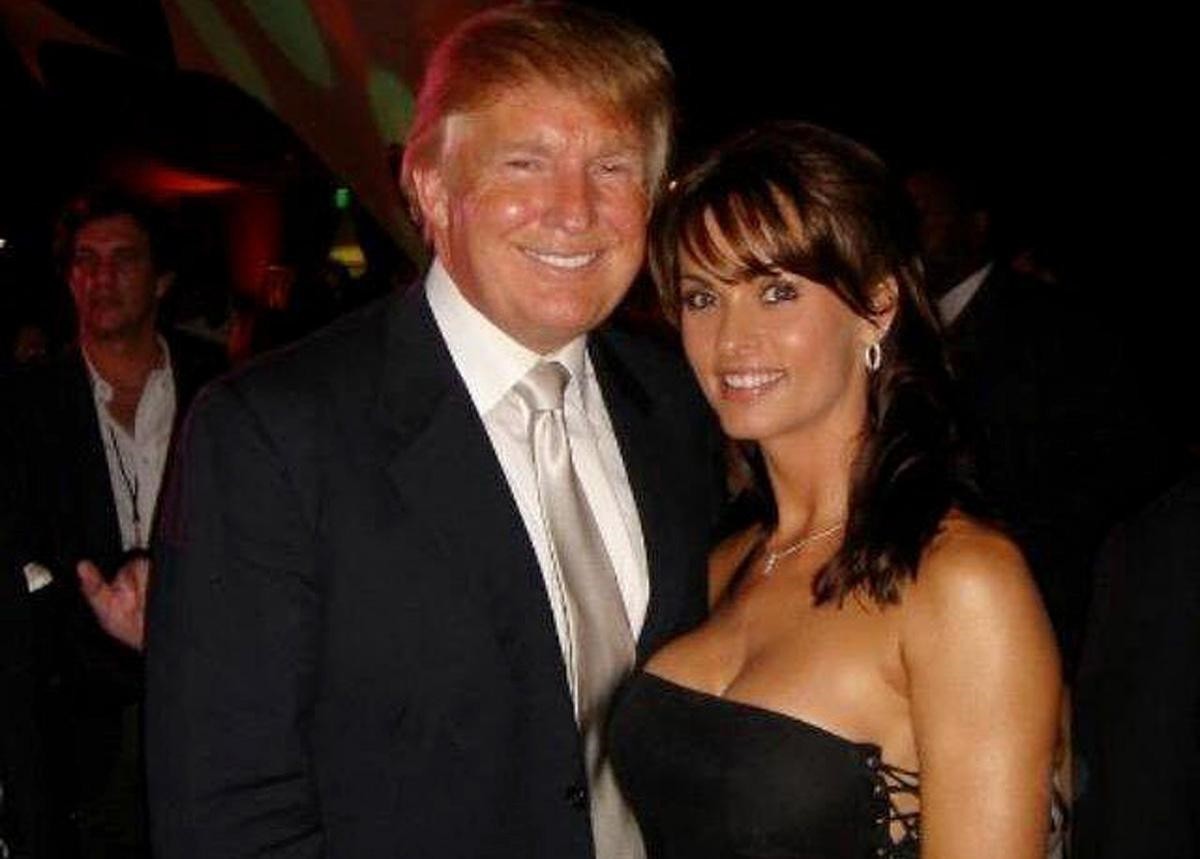 Former Playboy model Karen McDougal poses with Donald Trump in a photo that she posted in 2015 on her Twitter account.
by Daily Sabah Feb 16, 2018 12:00 am

U.S. President Donald Trump had an extramarital relationship with a former Playboy model that went on for nine months in 2006 and 2007, while he was married to his current wife Melania Trump, the author who has written several exposes for The New Yorker on Harvey Weinstein reported Friday.

According to Ronan Farrow's article published in The New Yorker, Karen McDougal confirmed her affair with Trump before he entered politics. The former moder also confirmed the legitimacy of an eight-page, handwritten journal detailing the affair, which was provided to the magazine by John Crawford, a friend of McDougal.

The article also cited a Nov. 4, 2016, report by the Wall Street Journal, which claimed that American Media, Inc., the publisher of the National Enquirer, paid $150,000 to McDougal to acquire the rights to the story about the affair but never ran it.

CEO and chairman of A.M.I. David Pecker, known to be "a personal friend" of Trump, agreed to publish a regular aging-and-fitness column by McDougal but the promise went unkept, the article said.

White House Press Secretary Sarah Sanders was unavaible for a comment on the issue but a White House spokesman told The New Yorker that the story was an old tale "that is just more fake news."

"The president says he never had a relationship with McDougal," he said.

In her notes, McDougal wrote that Trump "immediately took a liking to me, kept talking to me - telling me how beautiful I was, etc. It was so obvious that a Playmate Promotions exec said, 'Wow, he was all over you - I think you could be his next wife.'"

The notes also revealed that Trump introduced the 46-year-old model to his family members and she attended at least two events where his family was present.

McDougal ended her relationship in April 2007 after nine months, out of what her friend Crawford described as "guilt."

"She couldn't look at herself in the mirror anymore," Crawford said, citing those around the model. "And she was concerned about what her mother thought of her."