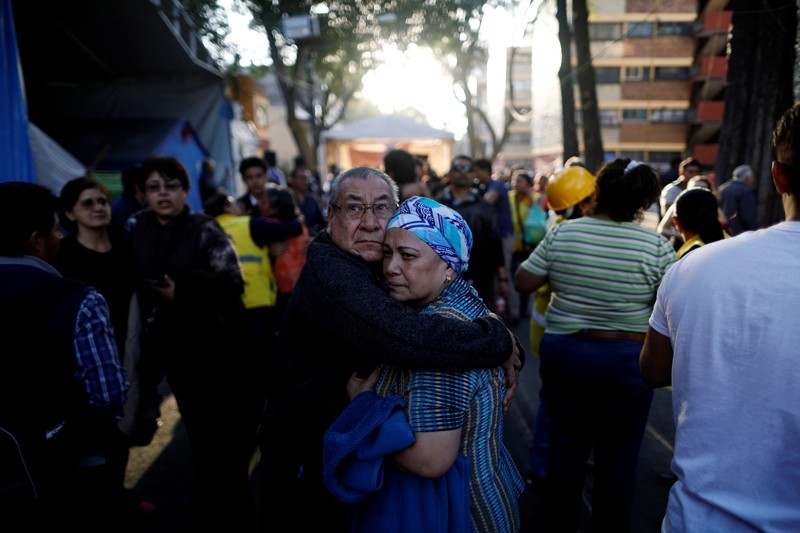 A 7.2-magnitude earthquake rattled Mexico Friday, causing little damage but triggering a tragedy when a minister's helicopter crash-landed on the way to the epicenter, killing 13 people on the ground.

"Unfortunately, multiple people on the ground lost their lives and others were injured," he wrote on Twitter, sending his condolences to the families.

Prosecutors in the state of Oaxaca later stated that twelve people died at the scene of the crash and another person later died in hospital. Fifteen others were injured. 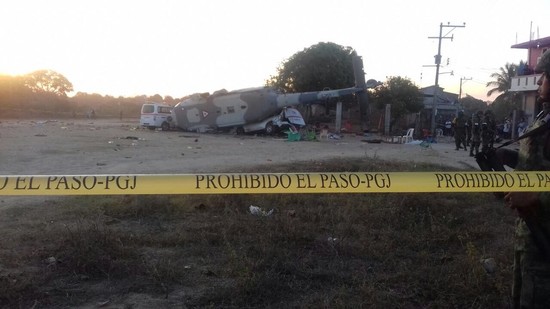 Navarrete told the Televisa network that the helicopter pilot lost control of the aircraft about 40 meters (130 feet) above the ground as it was coming in to land. He added that some passengers were hurt.

The helicopter crashed in the southwestern town of Pinotepa de Don Luis -- 37 kilometers (22 miles) from the epicenter, according to the U.S. Geological Survey.

Some 50 homes in the nearby town of Santiago Jamiltepec sustained structural damage, as well as the town hall and church, but no one was killed in the quake, the interior ministry said.

Oaxaca state authorities opened shelters for those affected, and nearly 6,000 soldiers and federal police were deployed to help with the emergency response.

Both Mexico's National Seismological Service and the US Geological Survey put the quake's magnitude at 7.2.

On September 7, an 8.2-magnitude earthquake shook the nation and killed 96 people, mostly in the states of Oaxaca and Chiapas.

Friday's quake triggered Mexico City's alarm system and caused buildings to sway in the capital. It was also felt in the states of Guerrero, Puebla and Michoacan.

Panicked residents flooded into the streets, fearing a repeat of last September's earthquakes, which caused buildings to collapse and killed a total of 465 people.

"To be honest, we're all pretty upset. We start crying whenever the (earthquake) alarm goes off," 38-year-old publicist Kevin Valladolid told AFP through tears after evacuating from his building in La Roma, in central Mexico City.

"We're stressed out, we have flashbacks. So we run out into the street. It's all we can do."

A nearby hospital evacuated patients into the street, some in wheelchairs or carting their IV lines. Similar scenes played out in Veracruz.

On the north side of the city, Julia Hernandez said she felt like she was "in a boat" as the ground swayed beneath her feet.

"Is it ever going to stop?" she said.

Standing in the middle of the street, her eyes glued to her fifth-floor apartment, Graciela Escalante, 72, could hardly speak.

"It was terribly strong. We barely managed to get down the stairs. It was the longest staircase in the world," she told AFP.

"We thought everything was going to collapse again."

Officials in affected states said they were inspecting buildings damaged by last year's quakes, which are especially vulnerable to collapse.

"Obviously people are afraid," said the emergency response chief for the city of Puebla, Gustavo Ariza.

Pena Nieto tweeted that the National Emergency Committee had been activated because of the magnitude of the quake.

A 5.9-magnitude aftershock hit nearly an hour later -- one of more than 200 aftershocks so far, said the interior ministry.

Mexico sits at a spot where five tectonic plates come together, making it particularly vulnerable to earthquakes.