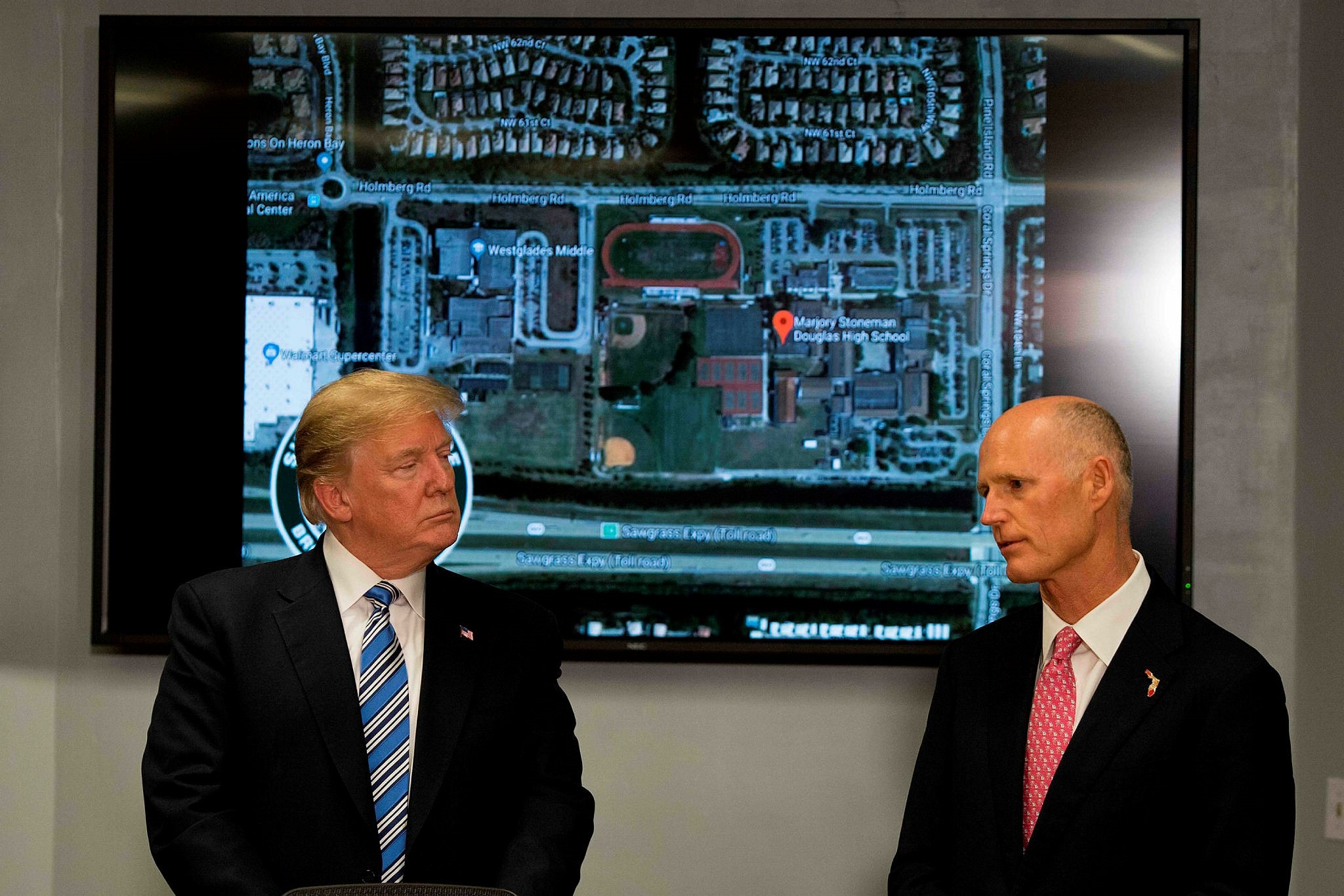 U.S. President Donald Trump's comments came as he faces criticism from survivors of the attack over his ties to the powerful National Rifle Association, and after several thousand rallied in Florida to demand urgent action.

"Very sad that the FBI missed all of the many signals sent out by the Florida school shooter. This is not acceptable," he wrote on Twitter.

"They are spending too much time trying to prove Russian collusion with the Trump campaign - there is no collusion. Get back to the basics and make us all proud!"

U.S. authorities have come under mounting scrutiny for failing to act on a series of warning signs ahead of the massacre at Marjory Stoneman Douglas High School where 17 people were killed.

The FBI admitted Friday it received a chilling warning in January from a tipster who said the gunman, Nikolas Cruz, could be planning a mass shooting, but that agents failed to follow up.

However, the attack has also renewed calls for greater gun control with some survivors leading the charge.

In addition to the FBI's missteps, Cruz was also known to local police after his mother repeatedly reported him for violent outbursts, while records obtained by the South Florida Sun Sentinel show authorities investigated Cruz in 2016 after he cut his arms on messaging app Snapchat and threatened to buy a gun.

The newspaper, citing Department of Children and Family Services documents, said the investigation came four days after Cruz turned 18 - legally an adult, and thus able to buy a rifle.

Investigators said there were "some implications" for the teen's safety, but concluded that his "final level of risk is low as [he] resides with his mother, attends school and receives counseling" as an outpatient at a mental health center, the Sun Sentinel said.

Cruz later passed a background check, allowing him in February 2017 to buy the AR-15 semi-automatic rifle used in the massacre.

President Trump spoke by phone Saturday with the Parkland mayor, the county commissioner and the principal of Marjory Stoneman Douglas High School to express his condolences and offer his support.

He then pivoted to politics late Saturday with his allegations against the FBI - though the federal government's investigation into allegations of Russian interference in the 2016 presidential race and collusion with the Trump campaign has been led by special prosecutor Robert Mueller since last May.

There was no immediate response from the FBI.

Mueller's investigation has so far swept up four members of Trump's campaign, albeit not because of direct collusion with the Russian government or anything of the sort. The two of them have agreed to work for the probe under a plea deal.

Last Thursday Mueller indicted 13 Russians for allegedly running a secret campaign to tilt the vote, but did not accuse any Americans of knowingly participating in that effort.

While little is so far known about these 13 Russians or how successful they could have or could not have been, Jeanette Manfra, the head of cybersecurity at the Department of Homeland Security, released a statement criticizing NBC news and other outlets for reaching.

"Recent NBC reporting has misrepresented facts and confused the public with regard to the Department of Homeland Security and state and local government efforts to combat election hacking. First off, let me be clear: We have no evidence - old or new - that any votes in the 2016 elections were manipulated by Russian hackers," Manfra said.

President Trump also made a comment on the front of the paid Russian ads in the form of retweeting a comment made by the vice president of Facebook's advertising division, Rob Goldman.

"Most of the coverage of Russian meddling involves their attempt to affect the outcome of the 2016 U.S. election. I have seen all of the Russian ads and I can say very definitively that swaying the election was *NOT* the main goal." Tweeted Goldman last Friday.