Cuba to elect first president from outside Castro family in decades 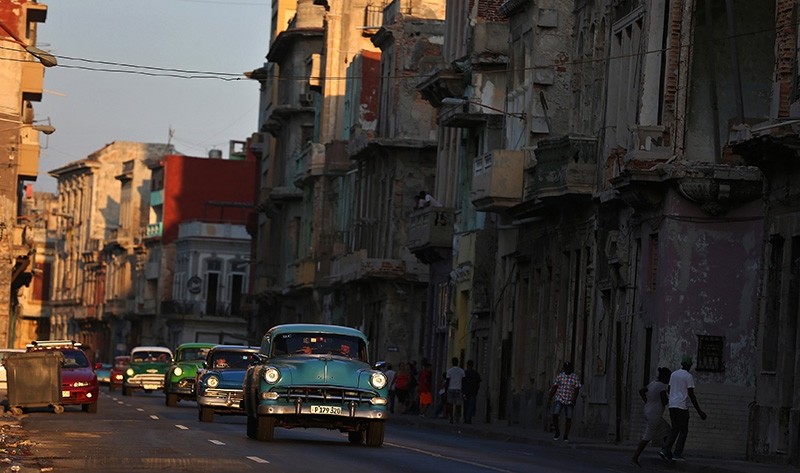 Cuba's one-party elections forbid advertisements and campaign rallies, yet people still vote in large numbers. Even greater interest has been sparked by Sunday's legislative poll, which will pave the way for the election of a new president to succeed Raul Castro.

In Cuba, the legislative elections taking place Sunday are like nowhere else in the region.

There are no advertisements. No campaign rallies. No candidates running under party banners, since they all either belong to the ruling Communist Party or are "non-affiliated" candidates who toe the party line.

The only outward sign of elections taking place are the photos and biographies of the candidates that have been displayed in public places. Candidates themselves quietly visit communities and workplaces to interact with the people.

Despite Cuban elections being such low-key affairs, voter turnout - which some attribute to government pressure - usually hovers around or above 95 percent.

More than 8 million Cubans are summoned to elect the 605 members of the National Assembly and 1,265 delegates to 15 provincial assemblies.

Interest in the polls is even greater than usual, with the new parliament due to convene April 19 to elect a successor to 86-year-old President Raul Castro.

The new president is expected to be the first not to belong to the Castro family since the 1959 revolution, after which Raul's older brother Fidel took power.

"It really arouses curiosity to find out what the new president will be like," said Havana taxi driver Ernesto Balan.

"We have always had leaders with strong personalities and presence, [but] we don't know the new one yet."

Raul Castro took over provisionally when his brother's health deteriorated in 2006, then officially became president in 2008. Fidel died eight years later at age 90.

Raul Castro announced last year that he would not seek a third term in office. His successor is widely expected to be current Vice President Miguel Diaz-Canel, 57, an engineer who previously served as education minister.

"Nobody has said he will be the next president, but we think so, because Raul has given him the most prominent role in recent years," said a retired woman queueing at a Havana pharmacy, who asked not to be named.

Despite belonging to a post-revolution generation, Diaz-Canel is deemed unlikely to introduce far-reaching new freedoms and reforms.

Not only is he known as an advocate for continuity, but he may be limited by the presence of Castro, who will head the Communist Party until at least its next congress in 2021.

Castro is also seeking a seat in parliament and is expected to continue to wield influence in the army.

Dissent is repressed to the extent that some Cubans will discuss politics with a foreigner only in a park out of earshot of others.

But many Cubans also say they appreciate the revolution's achievements, including free education and health care as well as low-cost housing.

Havana is a safe city where homeless people or beggars are rarely seen.

The economy has been recovering from the 2016 recession, growing at an estimated 1.6 percent in 2017, driven mainly by agriculture and tourism.

But life remains a struggle for many Cubans earning very low salaries and struggling to find foodstuffs and other basic goods that can suddenly disappear from the market due to production bottlenecks.

The country's main sources of income include remittances sent by Cuban emigrants, who number hundreds of thousands in the United States, Mexico and Spain.

"The high voter turnout in elections does not necessarily reflect a great interest in politics," a local journalist says while rejecting the views of some dissidents who say people feel pressured to vote.

Cubans vote out of a kind of sense of duty, the journalist says, to prop up a government whose collapse they believe would make their problems even worse.

Such proposals elicit little enthusiasm from Cubans fearful of losing their social benefits and of becoming a source of economic exploitation by the United States.

Cuba will not "make concessions to its sovereignty" nor "negotiate its principles," Diaz-Canel has said.

"There is a generation that gave its all for the revolution," said student Yosvian Sanchez, who had come to a cultural center to use the internet.

"Now it is the turn of younger people. We may make mistakes, but we need to be given a chance," he added.