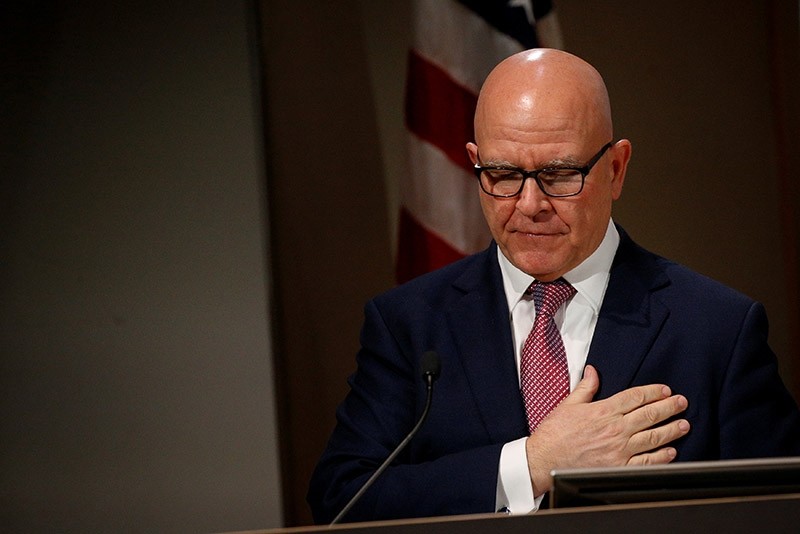 President Donald Trump's top economic adviser resigned over a policy dispute, the secretary of state he long clashed with was fired, and a slew of top aides headed for the exits. However, the president is privately weighing more changes, expressing frustration with certain advisers and considering possible replacements, claim sources.

An important name that is being thrown around in the press is that of National Security Advisor H.R. McMaster. Rumors of a departure regarding McMaster have been floating around for quite a while but have reheated due to Secretary of State Rex Tillerson's sudden replacement.

Despite the rumors, however, there hasn't been actual discourse or disagreement between Trump and McMaster, at least not publicly. Whether the National Security Advisor will remain in place is to be seen.

White House spokeswoman Sarah H. Sanders said that there were no changes at the National Security Council.

"Just spoke to @POTUS and Gen. H.R. McMaster; contrary to reports they have a good working relationship and there are no changes at the NSC," Sanders wrote on Twitter.

The Washington Post reported that according to sources, some in the White House were hesitant to remove McMaster until he had "a promotion to four-star rank or other comfortable landing spot."

Another name being thrown around is that of Veterans Affairs Secretary David Shulkin; a holdover from the Barack Obama White House, he is under fire for apparent ethics violations and appears to be grasping to keep his job as well.

The name of Energy Secretary Rick Perry has apparently been floating around when it comes to who might replace Shulkin, if he is even fired; however, when asked about the affair, Perry outright denied the allegations, saying that he was "happily" serving in his current position. "I am energy secretary from now until the foreseeable future," he stated last Wednesday.

The media has been speculating about potential firings of many of Trump's high-level staffers, either because of alleged involvement or collusion with Russian elements regarding the 2016 race or general disagreements when it comes to how to execute policy.

Indeed, while reports of these firings have on most occasions been unsubstantiated, the president has shown that he is much less reluctant to replace his staffers and advisors than his predecessors.

While multiple people have been fired for different reasons, ranging from lower-tier staffers to even positions like Secretary of State, as was seen with the announcement of Tillerson's replacement by Mike Pompeo, current Director of the Central Intelligence Agency.

His replacement, Gina Haspel, will be the first-ever female CIA Director and one of the few non-political appointees in the history of the agency, as she has climbed its ladder as an agent.

While the president seemed to be on good terms with Tillerson personally, they apparently didn't always see eye-to-eye when it came to policy and how to handle foreign affairs, the greatest example of which being their disagreements on the North Korean problem.

Another source claimed that Tillerson did not speak to the president before his firing was announced and was not given a reason for his dismissal.

The previous year saw the departure of Trump's first national security advisor Michael Flynn - who lasted just 22 days in his post - as well as chief strategist Steve Bannon, who made it to seven months, and Reince Priebus, who stayed in his job for less than six.

Speculation is rife over who will be the next official to go.

President Trump consumed Thursday morning's TV headlines with amusement. Reports of tumult in the administration were at a feverish pitch as the president reflected on the latest staff departures during an Oval Office conversation with Vice President Mike Pence and Chief of Staff John Kelly.

With a laugh, Trump said: "Who's next?" It's the very question that has the whole White House on edge.