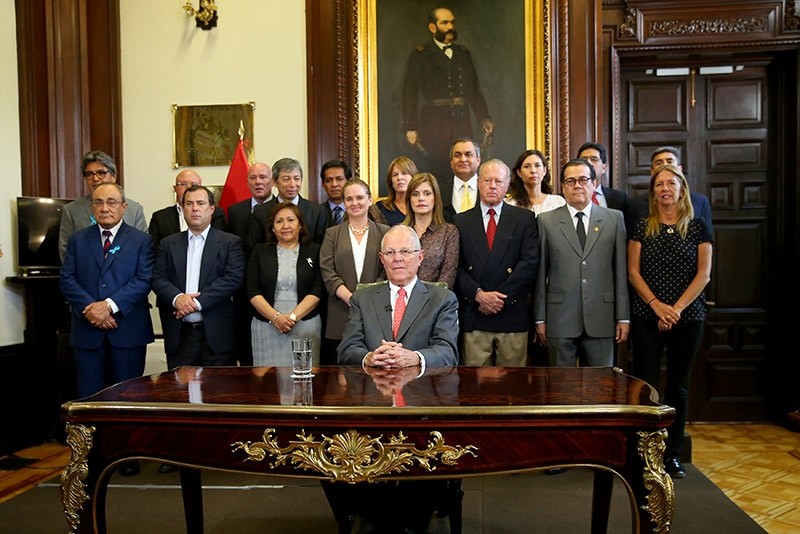 Kuczynski, a 79-year-old former Wall Street banker who once held U.S. citizenship, has led Latin American criticism of President Nicolas Maduro's government over rights and democracy, even banning him from attending a summit in Lima next month.

But he resigned on Wednesday in the face of near-certain impeachment over a graft investigation into his connections to Odebrecht, a Brazilian construction company that has acknowledged bribing officials across Latin America.

"These fireworks are because someone is going! Goodbye PPK, farewell PPK!" boomed Cabello to a cheering crowd, using an acronym for Kuczynski's full name, as fireworks went off overhead during a rally late on Wednesday.

"Here are some fireworks to remind the world - if you mess with Venezuela, you're out!" he added in the event broadcast on his weekly TV show 'Bashing with the Sledgehammer.'

Defying Peru's ban, Maduro has vowed to be at the mid-April Summit of the Americas, which his biggest international critic - U.S. President Donald Trump - is also due to attend.

"See you in Lima!" added a jubilant Cabello, naming Trump among other international leaders opposed to Venezuela's government.

Venezuela's Foreign Minister Delcy Rodriguez also laid into Peru's outgoing president, calling him, on Twitter, a "self-styled imperialist lapdog" and "evil person" who was heading for the "rubbish bin of history."