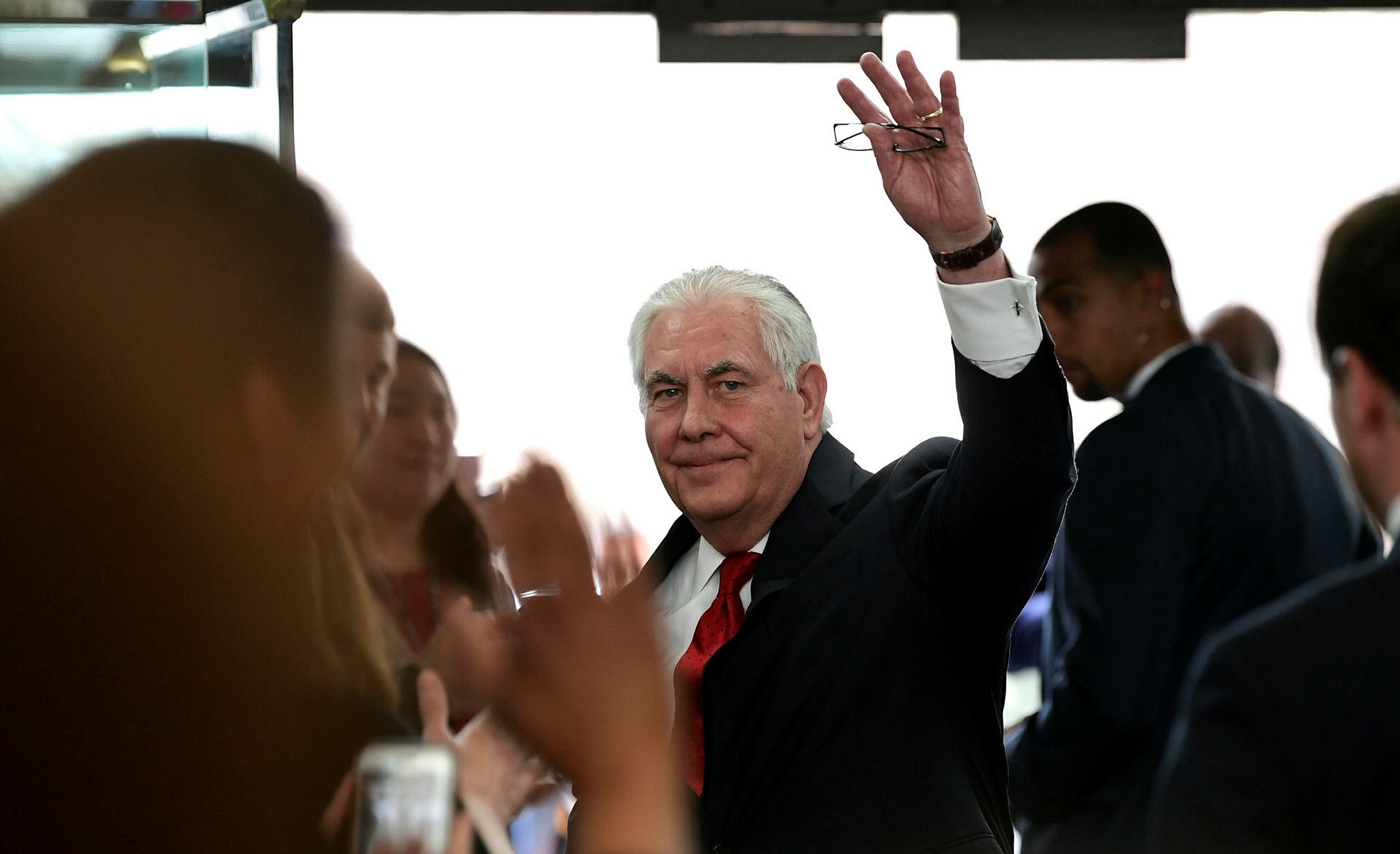 Outgoing Secretary of State Rex Tillerson waves goodbye as he walks out of the doors of the State Department in Washington, Thursday, March 22, 2018, after speaking to employees upon his departure. (AP Photo)
by Anadolu Agency Mar 23, 2018 12:00 am

U.S. Secretary of State Rex Tillerson called Washington a "very mean-spirited town" in his farewell remarks Thursday ahead of his official departure at the end of the month.

"I would like to ask that each of you undertake to ensure one act of kindness each day towards another person. This can be a very mean-spirited town," he told State Department staff.

"But you do not have to choose to participate in that."

Tillerson, who was fired last week in a tweet by President Donald Trump, also asked his personnel to hold on to their integrity.

"It (integrity) belongs to you. Only you can relinquish it or allow it to be compromised."

The White House and State Department had a number of high-profile clashes after Tillerson took the post as American's top diplomat, including a glaring split during a row between Qatar and its Arab Gulf neighbors.

Trump and Tillerson have also been at odds over the 2015 nuclear deal between Iran and world powers, which the president cited shortly after making his announcement on Twitter.

"We disagreed on things," Trump told reporters before departing the White House for a trip to California.

"When you look at the Iran deal, I think it's terrible. I guess he thought it was OK. I wanted to either break it or do something, and he felt a little bit differently.

"So we were not really thinking the same. With Mike, Mike Pompeo, we have a very similar thought process. I think it's going to go very well. We're getting very close to having the Cabinet and other things that I want," he added.

Tillerson was long rumored to be leaving his post, but he adamantly insisted throughout his tenure that he would continue to serve at the pleasure of the president.