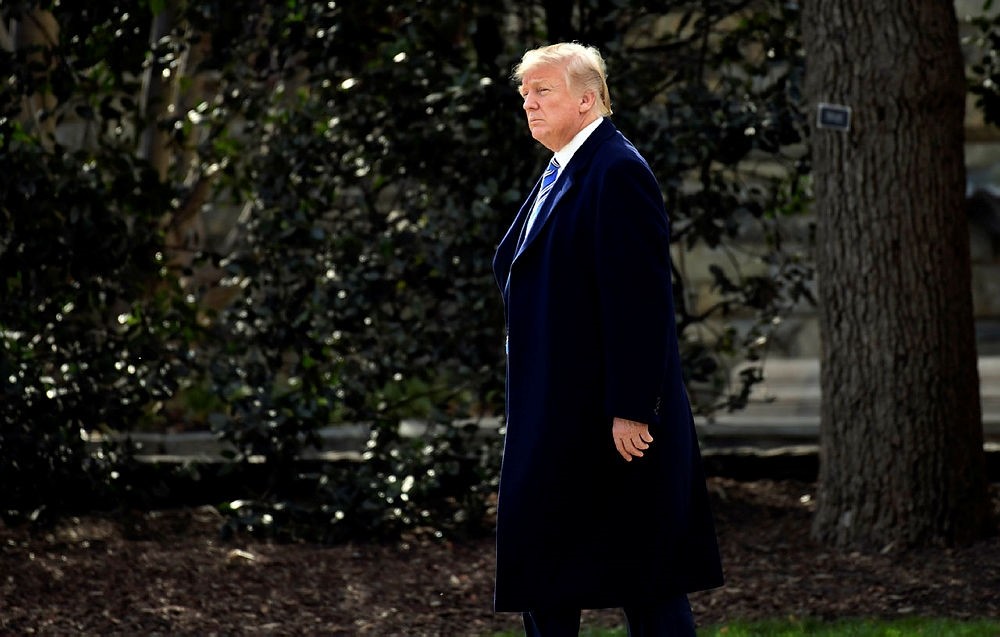 Trump's advisers are poised to recommend the move amid Russian provocation, and expect a decision to be announced Monday.

Trump, too, along with the 28 EU leaders had agreed that it is "highly likely" Russia is responsible for the March 4 attack on Sergei Skripal and his daughter, Yulia. They remain unconscious in critical condition after being exposed to Novichok, a military-grade nerve agent developed by the Soviet Union.

In response to the attack, the EU recalled its ambassador from Moscow for consultations over an incident it called "a grave challenge to our shared security."

French President Emmanuel Macron said the nerve-agent attack was an attack on Europe's sovereignty that required a "coordinated and determined response."

"I am especially pleased that despite tough Brexit negotiations, the EU has demonstrated unanimous and unequivocal unity with the UK in the face of this attack," Tusk said at a Brussels news conference.

He said it was too soon to say whether the bloc as a whole would take more action.

Britain and Russia have expelled 23 of each other's diplomats since the attack, which has sparked an east-west diplomatic crisis reminiscent of the Cold War. Britain says the expelled Russians, who left London earlier this week, were undeclared intelligence agents.

Latvian Foreign Minister Edgars Rinkevics said the Baltic nation might follow Britain's lead and expel Russian diplomats who are judged to be spies next week, in coordination with other EU countries.

Neighboring Lithuania has said it also is considering expulsions. Czech Prime Minister Andrej Babis said it was "probable" that his country would also kick out Russian diplomats, noting that discussions were still ongoing.

Irish Prime Minister Leo Varadkar said Ireland would conduct a security assessment of Russian diplomats with a view to possibly expelling those who are not legitimate.

The leaders of France and Germany declined to say whether they also planned expulsions, but said more action was needed against Russia. Merkel, appearing alongside Macron at a news conference, said the two nations would consult with others and give more details "when the coordination is complete."

Russian Foreign Ministry spokesman Artyom Kozhin said Friday that Russia had not been approached by other countries about potential expulsions.

Moscow insists it was not behind the attack and has accused Britain of fomenting anti-Russian hysteria.