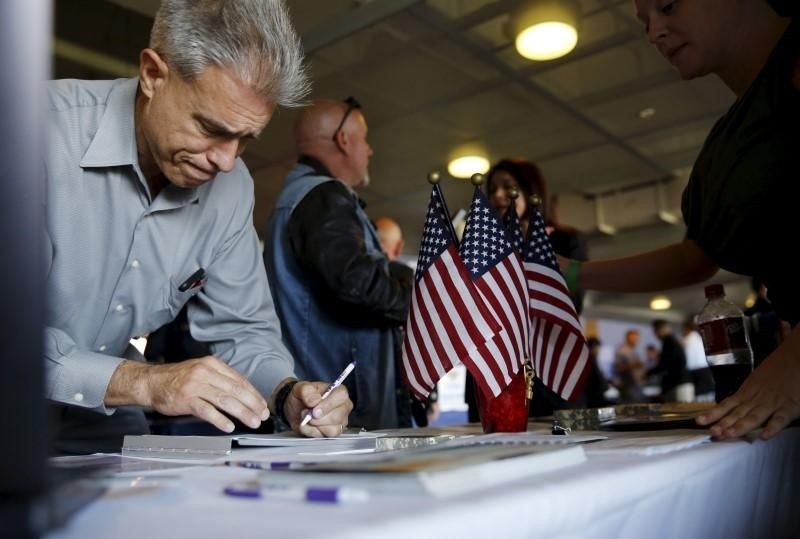 Hiring has accelerated since last fall, defying expectations that a shortage of workers would make it harder for companies to fill open positions. Employers have added a healthy average of 211,000 jobs a month in the past six months.

Still, hiring in January was revised sharply lower to 176,000, while February's figure was revised higher to a blockbuster 326,000. Overall, the revisions lowered job gains in those two months by 50,000.

The U.S. economy appears fundamentally healthy, with the recovery from the 2008-2009 Great Recession now the second-longest expansion since the 1850s, when economists began tracking recessions and recoveries. Still, the expansion has been puzzlingly slow, with economic growth averaging just 2.2 percent a year — about a percentage point below the historical average. But its durability has been broadly beneficial.

For example, a rising number of working-age Americans have begun looking for a job and finding one, reversing a trend from the first few years after the recession when many of the unemployed grew discouraged and stopped looking for work.

An increasing need to compete for workers may also finally be lifting wages in some sectors. Still, the steady influx of new workers, which gives employers more hiring options than the low unemployment rate might otherwise suggest, may be holding back overall pay growth.

Though the economy likely slowed in the first three months of this year, the healthy pace of hiring indicates that employers anticipate solid customer demand for the rest of the year. Macroeconomic Advisers, a consulting firm, forecasts that the economy grew at just a 1.4 percent annual rate in the January-March quarter — less than half the 2.9 percent annual pace of the October-December quarter. But the firm expects growth to rebound to a decent 3.1 percent annual pace in the current April-June quarter.

Other reports indicate that growing optimism among businesses and consumers should help propel the economy in the months ahead.

Businesses have stepped up their spending on manufactured goods, helping lift factory output.

And last month, factories expanded at a healthy pace after having grown in February at the fastest rate since 2004, according to a private survey. Government data showed that orders for long-lasting factory goods — including industrial machinery, metals and autos — surged in February.

Americans have spent less at retail chains in the past two months, after shopping at a healthy pace during the winter holiday season. With consumer confidence near the highest point in two decades, however, consumer spending is likely to rebound in the coming months.