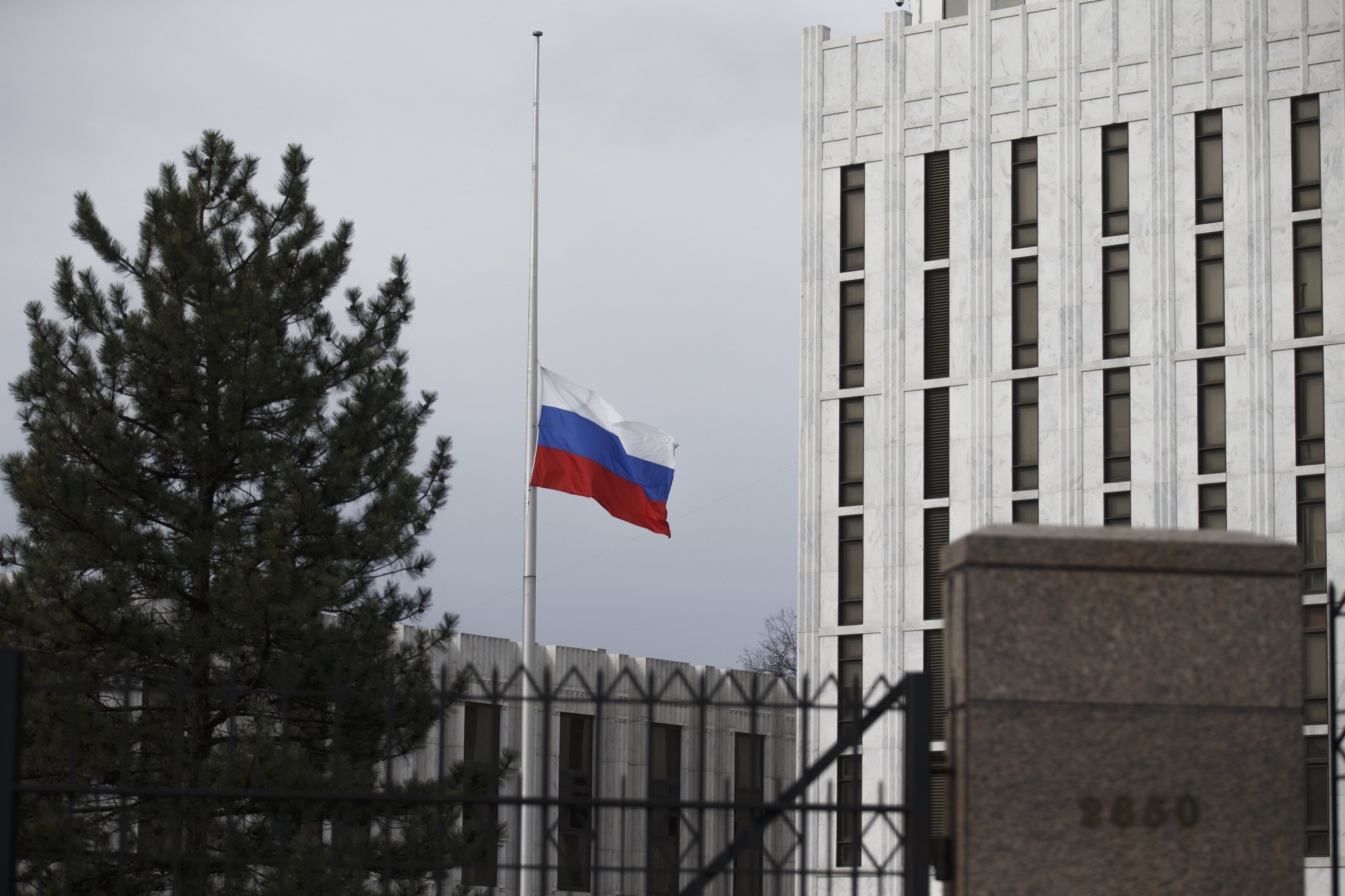 The United States hit seven Russian oligarchs and 17 Russian government officials with sanctions on Friday for what it called "malign activity" around the world, as the Trump administration tried to show that President Donald Trump is taking tough action to stand up to Moscow.

A dozen Russian companies owned by the oligarchs were also targeted, along with a state-owned arms-dealing company and a subsidiary bank, the Treasury Department said. Senior Trump administration officials cast the penalties as part of a concerted and ongoing effort by the U.S. to push back Russian President Vladimir Putin's government, emphasizing that since Trump took office last year, the U.S. has punished 189 Russian-related people and entities with sanctions.

Trump has continued to avoid directly criticizing Putin himself, and recently invited the Russian leader to meet with him, possibly at the White House. Still, in recent weeks Trump's administration has rolled out a series of actions — including several economic and diplomatic steps — to increase pressure on Putin and those in his circle.

"Nobody has been tougher on Russia than I have," Trump said at a news conference on Tuesday.

Rather than punishing Russia for one specific action, the new sanctions are in response to "the totality of the Russian government's ongoing and increasingly brazen pattern" of bad behavior, said the officials, who weren't authorized to comment by name and briefed reporters on condition of anonymity.

The officials ticked through a list of activities they said had prompted the U.S. to act, including Russia's actions in Crimea and eastern Ukraine, support for Bashar Assad, cyber-hacking and attempts to subvert Western democracy.

There was no immediate reaction from Russia's government.

Many of the targets are individuals and businesses associated with Russia's energy sector, including those affiliated with state-owned Gazprom. Officials said the goal was to show that those who have benefited financially from Russian President Vladimir Putin's position of power are fair game for U.S. punishments, noting that many of those being sanctioned are closely tied to Putin himself.

—Kirill Shamalov, who is reportedly Putin's son-in-law, married to his daughter Katerina Tikhonova, although neither Putin nor the Kremlin have acknowledged that she is his daughter.

—Igor Rotenberg, the son of Arkady Rotenberg, a friend of Putin's friend since they were teenagers.

—Andrey Kostin, named among government officials, heads the nation's second-largest bank, VTB, which is controlled by the state.

—Alexei Miller, the longtime head of the state-controlled Gazprom natural gas giant. Both Miller and Kostin are longtime key members of Putin's team.

Other oligarchs on the list include some top names on the Forbes' list of billionaires, aren't part of Putin's inner circle but like any other billionaire tycoons in Russia they vie for the Kremlin's attention to preserve and extend their business empires.

Also targeted is aluminum magnate Oleg Deripaska, a figure in the Russia investigation over his ties to former Trump campaign chairman Paul Manafort. Deripaska has been targeted with U.S. sanctions previously, but officials said those being announced Friday were more comprehensive.

Many of the Russian oligarchs and politicians and affiliated businesses had already been identified by the Treasury and State Department as potential targets on a list that was compiled and published in January.

The Trump administration used a variety of legal mechanisms to implement the sanctions, including the Countering America's Adversaries Through Sanctions Act. Known as CAATSA, the law was overwhelmingly passed by Congress in 2017 and signed by President Donald Trump despite some objections. The law aims to punish Russia for interfering in the U.S. election as well as actions intended to subvert democracy in Europe. The law also authorizes the president to impose sanctions on Iran for destabilizing activity in the Middle East and North Korea for its nuclear and ballistic missile programs.

Last month, the U.S. targeted 19 Russians and five other entities with sanctions in the first use of the law. The administration has also expelled dozens of Russian diplomats and shut down two Russian consulates in response to Russian behavior, including the poisoning of an ex-spy in Britain that has been blamed on Moscow.