Cohen raid a witch hunt, attack against the US, Trump says 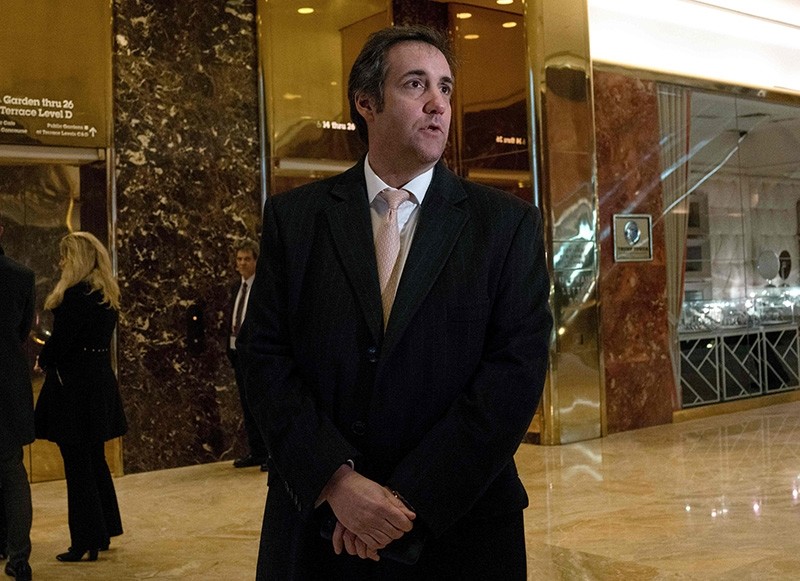 In this file photo taken on December 16, 2016 Attorney Michael Cohen arrives at Trump Tower for meetings with President-elect Donald Trump on in New York. (AFP Photo)
by Daily Sabah with Reuters Apr 09, 2018 12:00 am

The Federal Bureau of Investigation on Monday raided the offices of U.S. President Donald Trump's personal lawyer Michael Cohen, The New York Times reported. The President was quick to label the search a "total witch hunt" and said that the raid is "an attack on our country in a sense" and added that Special Counsel Robert Mueller's team is the "most biased group of people."

Stephen Ryan, Cohen's lawyer, confirmed that a raid had taken place and that certain "communications" had been seized.

"I have been advised by federal prosecutors that the New York action is, in part, a referral by the Office of Special Counsel, Robert Mueller," Ryan said in a statement that was identical to what he provided The New York Times. "The decision by the U.S. Attorney's Office in New York to conduct their investigation using search warrants is completely inappropriate and unnecessary," he added.

Cohen did not immediately respond to Reuters for a request for comment. A spokesman for Special Counsel Robert Mueller had no comment.

Ryan said in his statement that Cohen has cooperated with authorities and turned over thousands of documents to congressional investigators for their own probes into Moscow's alleged efforts to influence the U.S. election.