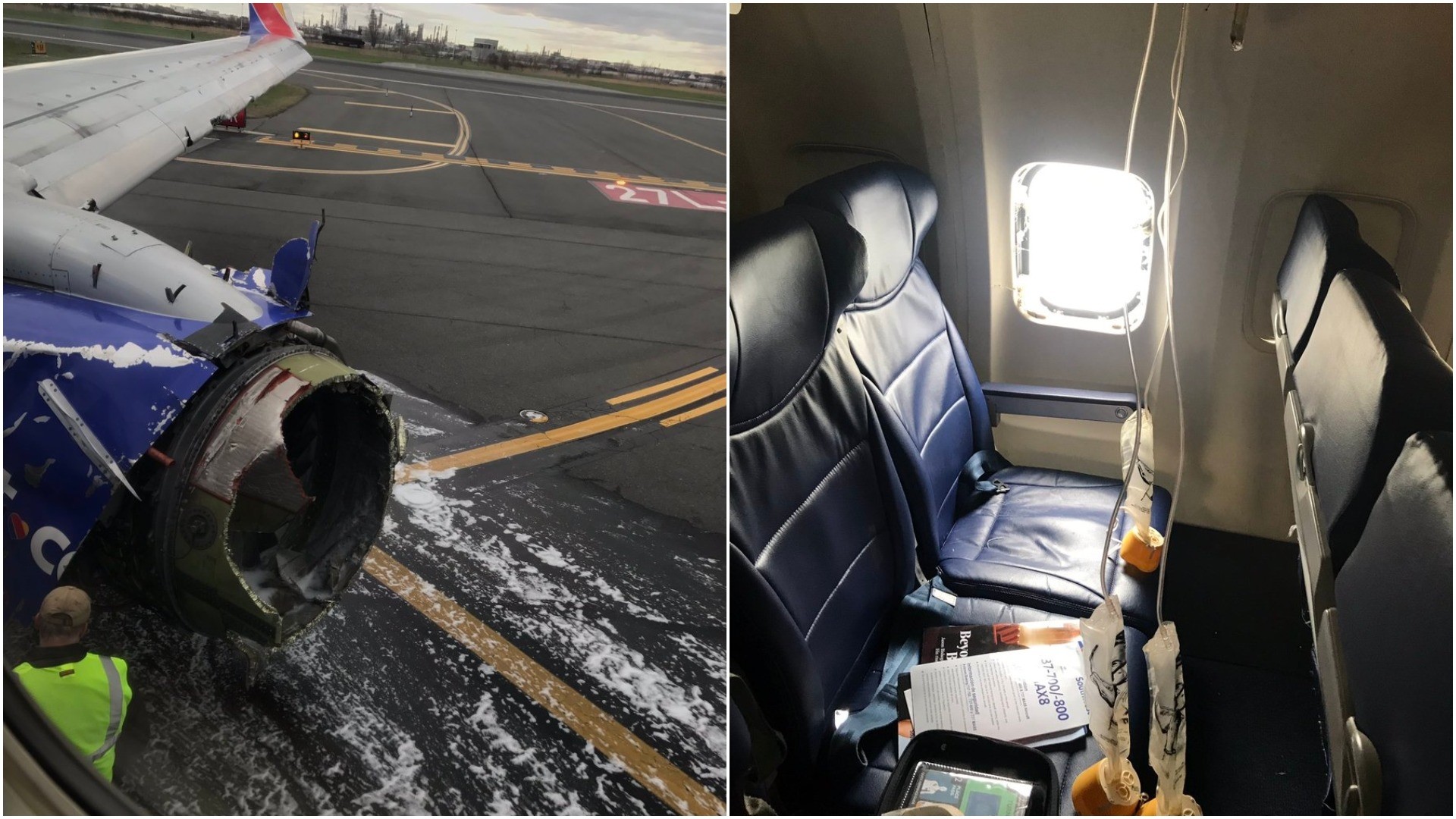 Catastrophic engine failure on a Southwest Airlines flight from New York to Dallas killed a mother-of-two and forced an emergency landing Tuesday, the first fatal incident in U.S. commercial aviation for nearly a decade.

The Boeing 737-700 took off without incident but minutes into the flight, passengers heard an explosion in the left engine, which sent shrapnel flying through the window, shattering the glass and leading oxygen masks to drop, witnesses said.

Passenger Marty Martinez did a brief Facebook Live posting while wearing an oxygen mask. He posted, "Something is wrong with our plane! It appears we are going down! Emergency landing!! Southwest flight from NYC to Dallas!!"

After the plane landed, he posted photos of a damaged window near the engine.

After the incident, one passenger's father-in-law told NBC10 in a phone interview that "One passenger, a woman, was partially drawn out toward the out of the plane … was pulled back in by other passengers."

The impact was so powerful that it almost sucked the passenger out of the window, he said.

The person killed was later revealed to be Jennifer Riordan, a 43-year-old bank executive and mother-of-two from Albuquerque, New Mexico, according to officials from her hometown and state as well as local media.

News helicopter footage showed damage to the left engine of the plane and the tarmac covered with firefighter foam, although there were no signs of flames or smoke.

Passengers walked off the plane onto the tarmac at the airport.

A federal investigator said late Tuesday that one passenger had been confirmed dead after the incident.

National Transportation Safety Board Chairman Robert Sumwalt said the engine will be shipped for a detailed examination.

Meanwhile Philadelphia's fire chief said that one person was taken to hospital in critical condition and seven were treated for minor injuries.

The Philadelphia airport tweeted that Flight 1380 heading from New York's LaGuardia Airport to Dallas "landed safely at PHL and passengers are being brought into the terminal." No other details were given.

Tracking data from FlightAware.com shows the flight was heading west over New York's southern tier when it abruptly turned toward Philadelphia.

Firefighters were on the scene but a spokeswoman couldn't immediately provide any details.