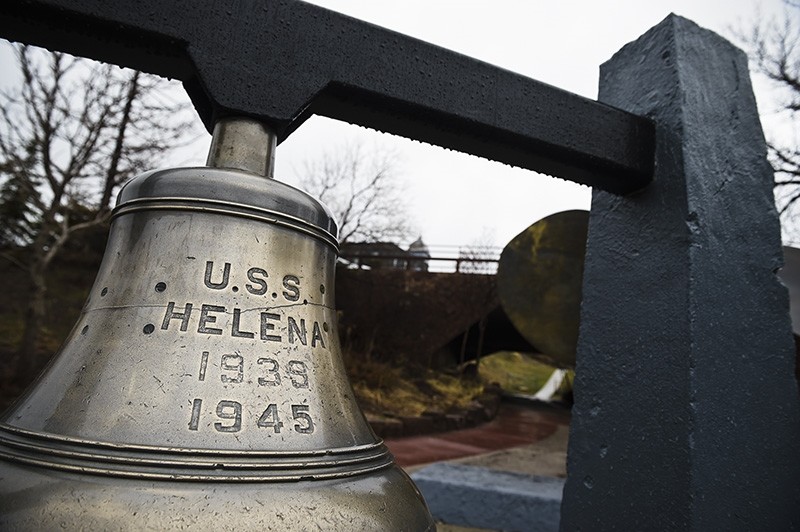 Microsoft co-founder's mission to locate sunken warships in the South Pacific has chalked up another victory with the discovery of the USS Helena nearly 75 years after it was sunk by Japanese torpedoes in the waters off the Solomon Islands, reviving stories of the battle-tested ship's endurance and the nearly unbelievable survival story of 165 of the crewmen.

Allen's team searches for the ships to "bring the history back into a relevant conversation," said Janet Greenlee, a spokeswoman for Allen's Vulcan Inc. "He wants to honor those that have served and are serving."

The wreckage of the Helena was found March 23, about a half mile (860 meters) below the surface of the New Georgia Sound. The team identified the light cruiser by the number 50 on its side and by comparing the wreck to the USS Helena's schematics.

Most of the crew was rescued out of the water and another group was picked up nearby the next day. But a third group spent nearly five days adrift in life rafts, during which some of the injured died, before the sunburned, dehydrated and emaciated men decided their best chance of survival was to take shelter on Vella Lavella Island.

The shoeless sailors had to walk across a sharp coral reef to get to the jungle island, which they knew was occupied by Japanese troops, Navy gunner's mate Frank P. Cellozzi of Ohio wrote in a 1984 account. They crawled into the jungle and fell asleep before being awakened by a group of natives wearing loin cloths and carrying spears, Cellozzi wrote.

One spoke enough broken English to make it clear they would help. The natives in some cases carried the Americans into the jungle for miles, stopping occasionally to pick coconuts. The survivors built a latrine and a shelter and the natives escorted them to a freshwater stream where they could bathe, Cellozzi wrote.

An Australian Methodist missionary named A.W.E. Silvester and two other Coastwatchers aided in their care and helped arrange for their middle-of-the-night rescue 12 days after their ship sank. Coastwatchers were intelligence operatives stationed on remote Pacific islands during World War II to observe enemy movements and help rescue stranded troops.

"One of the remarkable stories, not just about the crew and the ship's service, is the tenacity of the crew after the sinking and being separated," said Allen's spokeswoman, Greenlee. "It really does sound like a movie script."

The USS Helena was the third World War II discovery in less than three weeks by Allen's R/V Petrel team. The aircraft carrier the USS Lexington was discovered March 4 and the USS Juneau, another light cruiser, was located March 17.

The USS Helena was the second of five vessels named for Montana's capital city, and was the first ship to receive the Navy Unit Commendation for its role in the World War II battles. It survived a torpedo strike during the Japanese bombing of Pearl Harbor and sunk Japanese vessels in other battles.

A memorial to the USS Helena ships is located in Anchor Park in downtown Helena.