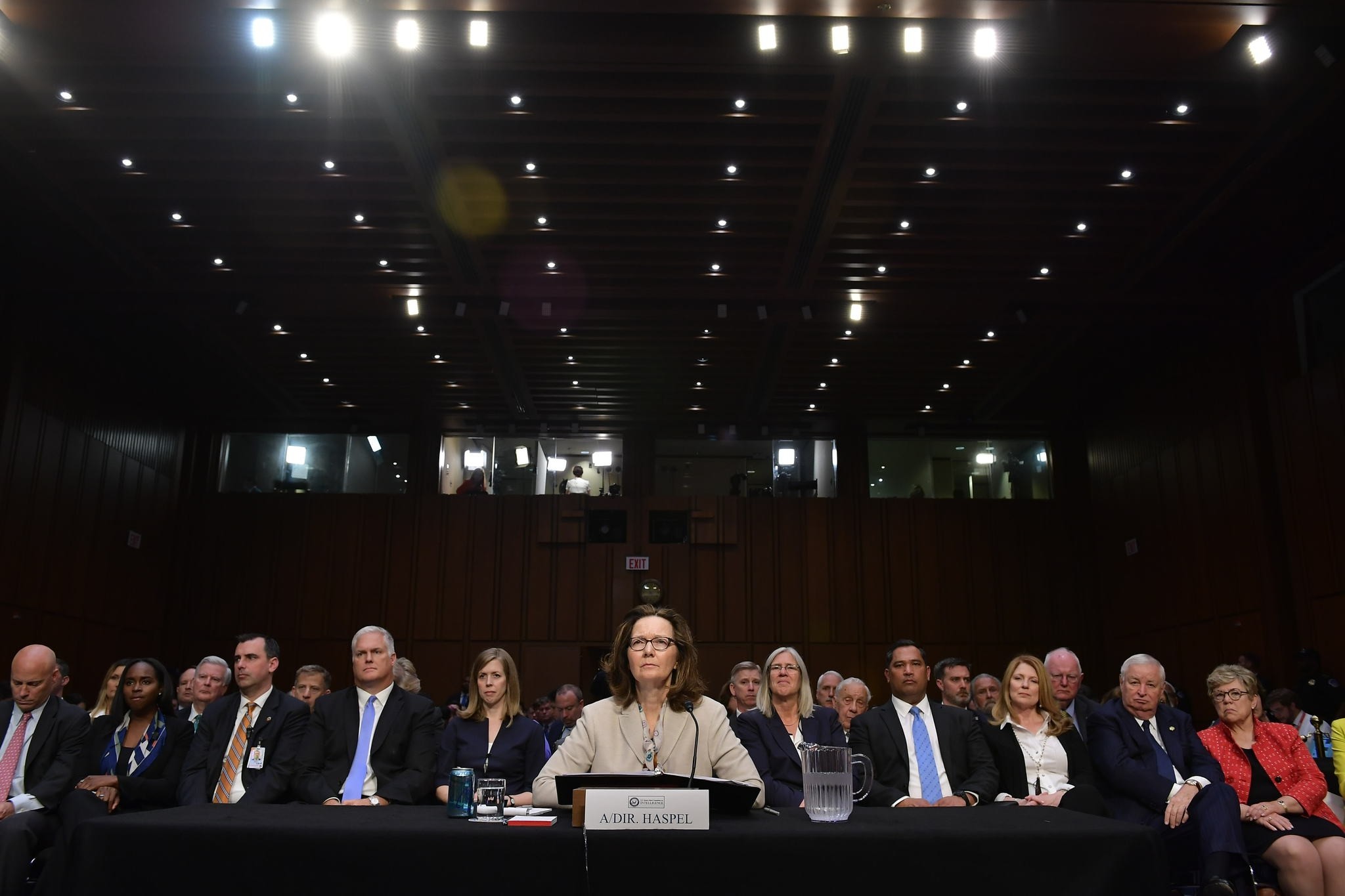 Gina Haspel testifies before the Senate Intelligence Committee on her nomination to be the next CIA director (AFP Photo)
by Compiled from Wire Services May 09, 2018 12:00 am

Gina Haspel, President Donald Trump's nominee to lead the CIA, vowed Wednesday that the spy agency will not engage in torture of detainees under her watch.

"Having served in that tumultuous time, I can offer you my personal commitment, clearly and without reservation, that under my leadership CIA will not restart such a detention and interrogation program," she told the Senate Intelligence Committee.

Facing opposition over her role at a secret CIA prison in Thailand in 2002 where al-Qaida detainees were waterboarded, Haspel made clear she would not support such activity in the future if she is confirmed as CIA director.

"In retrospect it is clear ... that CIA was not prepared to conduct a detention and interrogation program," Haspel said.

She also said she would not "under any circumstances" restore the interrogation program, even if Trump asked her to.

"I don't believe torture works," Haspel also said in response to a question from Democratic Sen. Kamala Harris, who noted that Trump has said he believes torture works.

Haspel said her "moral compass is strong" and that the CIA must undertake activities consistent with American values.