US jets intercept 2 Russian bombers in international airspace off Alaska 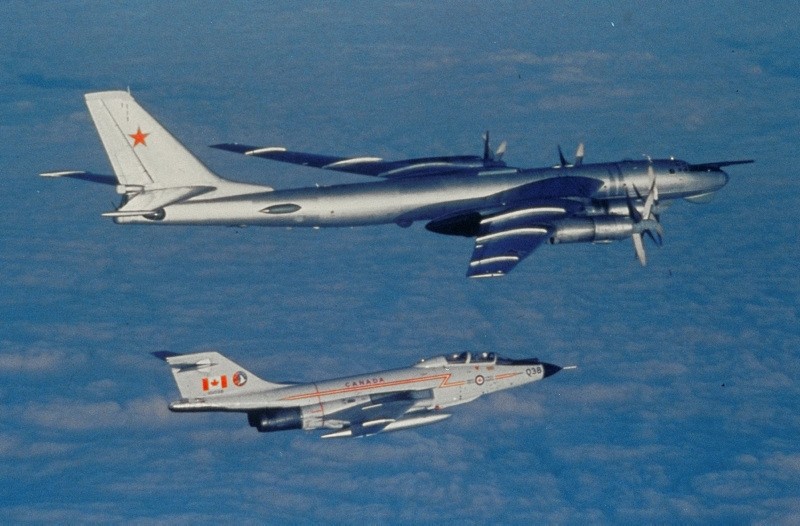 Russian bombers TU-95 and TU-142 were escorted by two F-22 fighter jets in international airspace for 40 minutes, the RIA news agency cited the Russian Defense Ministry as saying on Saturday.

The U.S. fighter jets did not get closer then 100 meters to the Russian bombers, the Russian military was quoted as saying.

Saturday marks the 60th anniversary of the founding of NORAD, a joint U.S.-Canadian command charged with aerospace warning and control for North America.

In April 2017, NORAD and the Pentagon said Tu-95 "Bear" bombers -- four-engine Cold War-era turboprop giants that can carry nuclear weapons -- were spotted in international airspace on three occasions -- twice near the Aleutians and once near mainland Alaska and Canada.

That was the first sighting of such Russian long-range bombers around Alaska in about two and a half years, a Pentagon spokesman said at the time.

Tensions between Russia and the United States and its NATO allies are running at levels not seen since the Cold War.

Earlier, on January 29, the U.S. Navy released video of a Russian Su-27 intercepting a US EP-3 Aries surveillance plane in international airspace over the Black Sea.

The interception, which lasted two hours and 40 minutes, was "unsafe" because the Russian jet was "closing to within five feet and crossing directly" through the surveillance plane's flight path, "causing the EP-3 to fly through the Su-27's jet wash," the U.S. Navy said in a statement.

U.S. Defense Secretary Jim Mattis said in January, as he unveiled the Pentagon's national defense strategy, that the United States is facing "growing threats" from Russia and China, and he warned that the U.S. military's advantages have eroded in recent years.