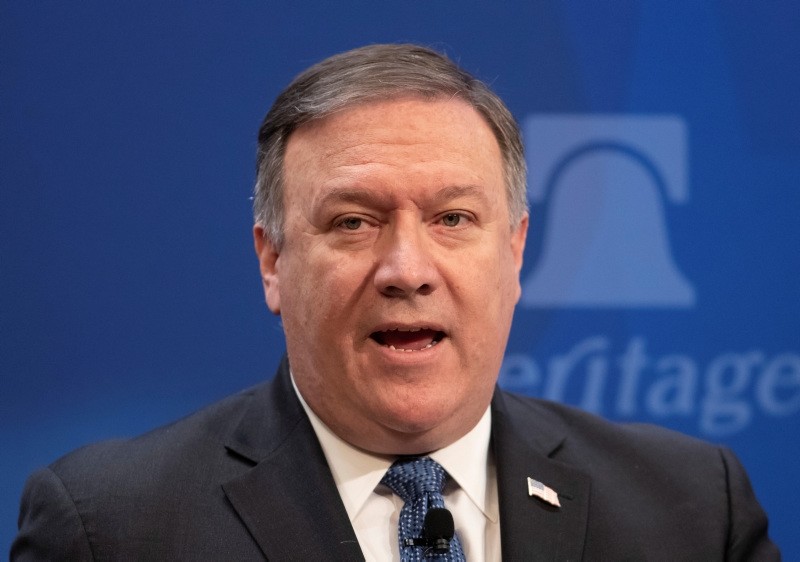 Secretary of State Mike Pompeo speaks at the Heritage Foundation, a conservative public policy think tank, in Washington, Monday, May 21, 2018 (AP Photo)
by Compiled from Wire Services
May 21, 2018 12:00 am

U.S. Secretary of State Mike Pompeo is threatening to place "the strongest sanctions in history" on Iran if its government doesn't change course.

Pompeo on Monday called for a new nuclear agreement with Iran following President Donald Trump's withdrawal from the 2015 nuclear deal. He says the Trump administration prefers for it to be a treaty that is ratified by Congress.

Pompeo is laying out an onerous list of 12 "basic requirements" demands on Iran that he says should be included. He says Iran must "stop enrichment" of uranium and never preprocess plutonium. Iran must also allow nuclear "unqualified access to all sites throughout the country."

He claimed argued the "bet" that the nuclear agreement with Iran would help stabilize the region "was a bad one for America, for Europe, for the Middle East and indeed for the entire world."

He said that the Joint Comprehensive Plan of Action (JCPOA) clearly "has not ended Iran's nuclear ambitions, nor did it deter its quest for regional hegemony."