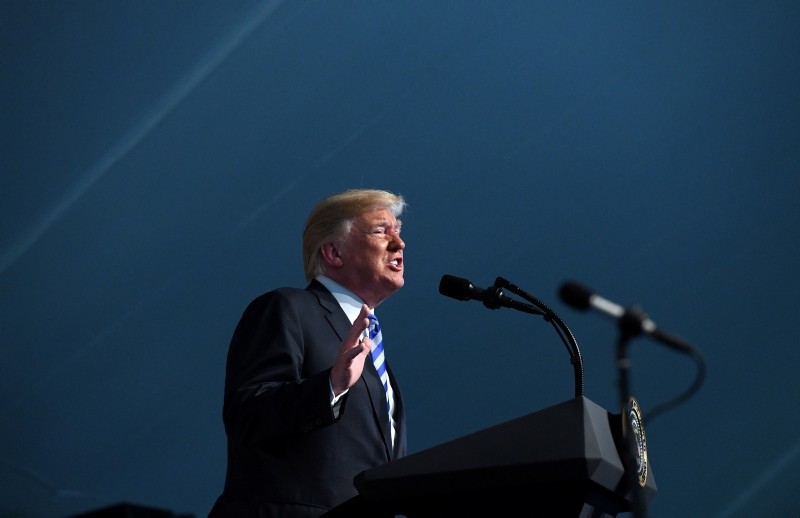 U.S. President Donald Trump on Monday said he had committed no wrongdoing but had "absolute" legal power to pardon himself, echoing an argument put forth by his lawyers in a memo to the U.S. special counsel investigating alleged Russian meddling in the 2016 U.S. election.

In the memo, reported by the New York Times on Saturday, Trump's lawyers argued the president could not have obstructed the investigation, given the powers granted to him by the U.S. Constitution.

The 20-page letter to Special Counsel Robert Mueller in January came in response to repeated requests by the special counsel's office asking to interview Trump, according to the Times.

"As has been stated by numerous legal scholars, I have the absolute right to PARDON myself, but why would I do that when I have done nothing wrong?" Trump wrote in a Twitter post on Monday, reiterating his claim that the Russia investigation was a "witch hunt."

"The appointment of the Special Councel (sic) is totally UNCONSTITUTIONAL," Trump said in another post.

Russia has denied U.S. intelligence agencies' assessment that Moscow sought to interfere with the 2016 U.S. election to boost Donald Trump's prospects of becoming president. Trump has also said there was no collusion by his campaign.

On a Sunday, Trump attorney Rudy Giuliani had said in an interview on ABC's "This Week" program that the president probably has the power to pardon himself but does not plan to do so.

Several pardons already issued by Trump, including last week of a conservative pundit convicted of campaign finance crimes, also have raised questions about his use of the presidential pardon power and spurred some constitutional scholars, legal analysts and Democratic lawmakers to accused him of undermining the rule of law with pardons based on political considerations.