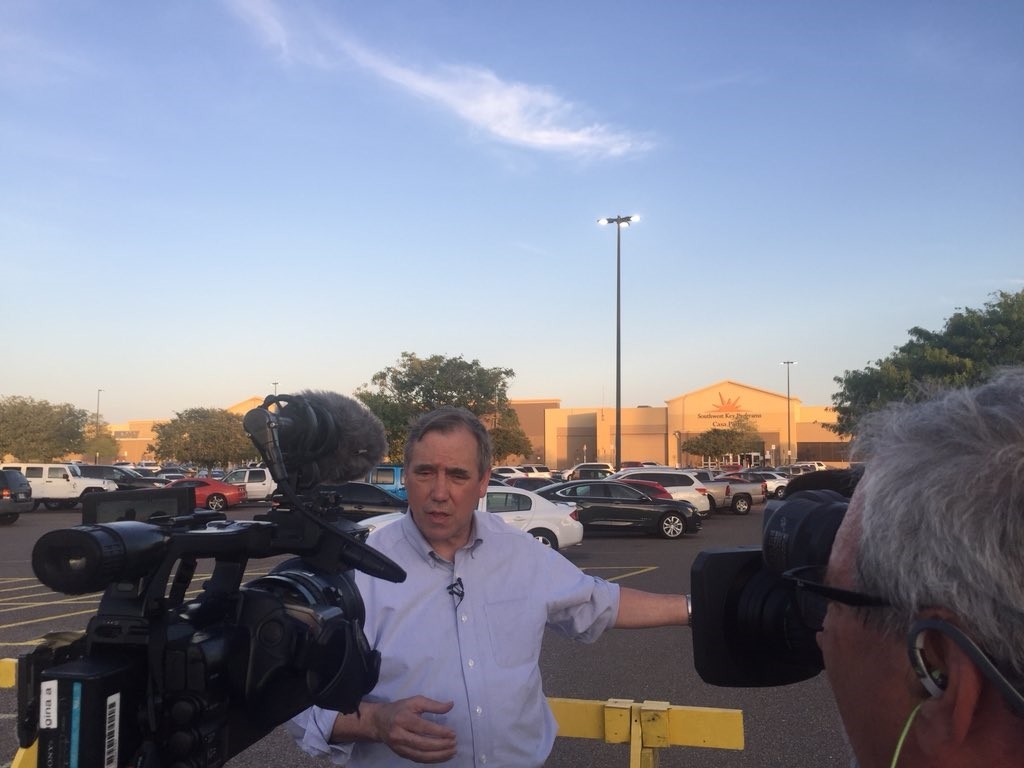 Democratic Senator Jeff Merkley was banned from entering an immigration detention facility in Texas, where children separated from their families are being held.

In a message posted on his Twitter account, Sen. Merkley said his entry to the facility administered by the Office of Refugee Resettlement in Brownsville was prevented.

"When I visited an immigration detention center housing the children separated from their families, I was barred entry and the police were called on me. The front doors were locked and blacked out," the senator said, and continued by asking what is being hidden about the conditions of the children being held there.

He noted that the facility, which was formerly a Walmart, may currently be housing hundreds of refugee children who have been separated from their parents.

The supervisor of the facility told Merkley that he was not allowed to make a statement regarding the matter.

A new policy announced by the Trump administration last month calls for criminal charges against adults attempting to cross the border illegally. Parents are separated from their children in the process. The administration claims the new policy will deter illegal border crossings, but many have criticized it for inflicting trauma on children.