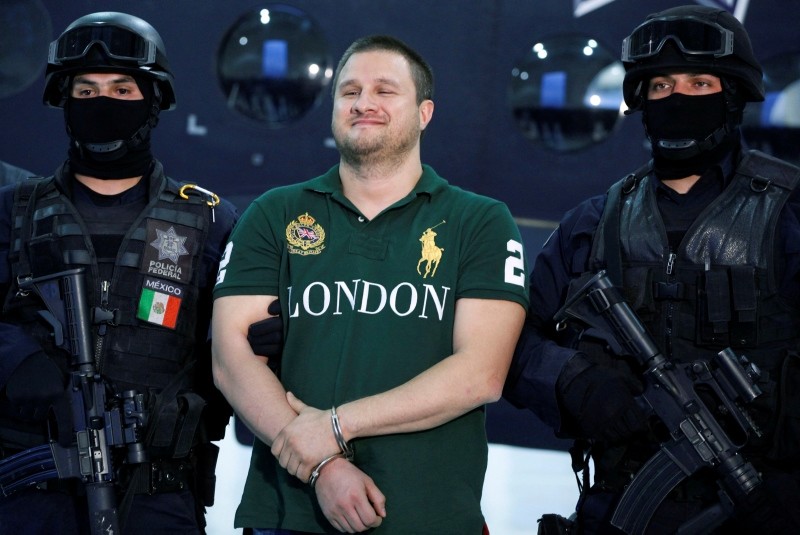 In this Aug. 31, 2010 file photo, Texas-born fugitive Edgar Valdez Villarreal, also known as ,La Barbie,, center, reacts during his presentation to the media after his arrest in Mexico City. (AP Photo)
by Associated Press Jun 11, 2018 12:00 am

A former Texas high school football player who authorities say rose to the top ranks of a Mexican drug cartel is set to be sentenced on drug and money laundering charges.

Edgar Valdez Villarreal is known as "La Barbie" because of his light eyes and complexion. He's set for sentencing Monday in Atlanta. Prosecutors are asking a judge to send him to prison for 55 years and order him to forfeit $192 million.

Valdez is accused of sending truckloads of cocaine from Mexico to the eastern U.S. and shipping millions in cash back to Mexico.

He was arrested in Mexico in 2010 and was extradited to the U.S. in September 2015. He pleaded guilty in January 2016 to charges of conspiring to import and distribute cocaine and conspiring to launder money.