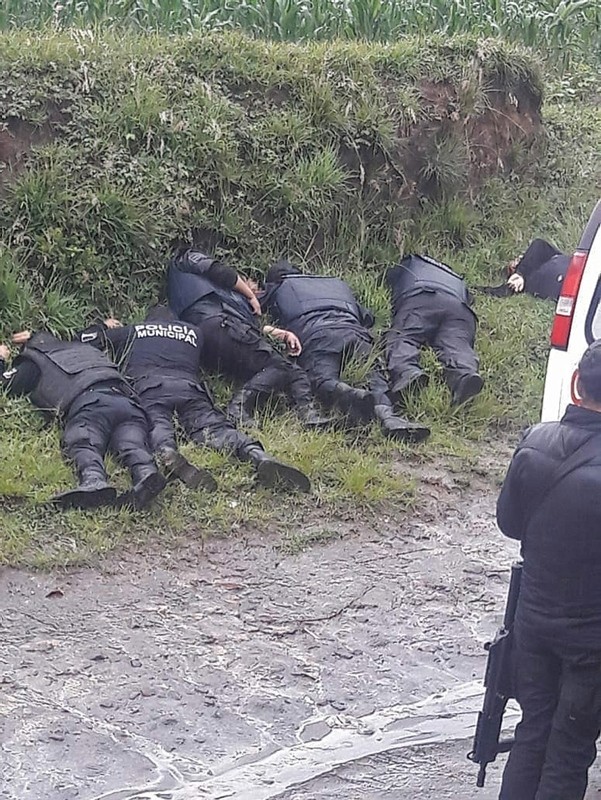 A handout photo made available by the news portal PueblaRoja shows the bodies of a group of police officers who were killed during a confrontation in the town of Chachapa, Amozoc municipality, Puebla, Mexico. (Via EPA)
by Jun 16, 2018 12:00 am

Six Mexican police officers were murdered Friday in the central state of Puebla which is ravaged by gangs active in drug trafficking, fuel theft and kidnapping, local officials said.

The five men and one woman belonged to a municipal force in Amozoc, about 150 kilometers (93 miles) from Mexico City.

In May, 119 police officers in Puebla were relieved of duty on suspicion of collusion with fuel thieves.

Mexico is struggling with a wave of violent crime with a record 25,000 people murdered last year.

More than 90 percent of violent crimes in the country go unpunished.