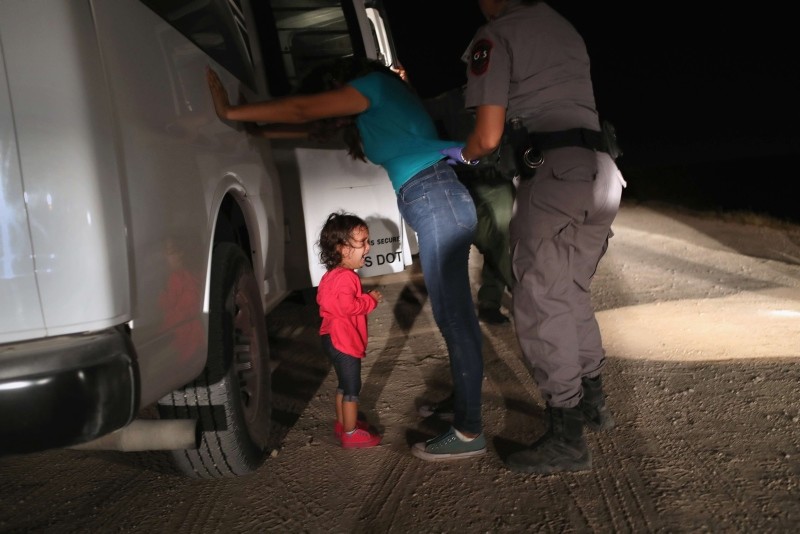 Five U.S. states are refusing to deploy National Guard troops to the U.S.-Mexico border amid a growing outcry over a controversial immigration policy of President Donald Trump's administration that has led to migrant children being separated from their parents.

The Democratic governors of Colorado, New York and Virginia and the Republican governors of Maryland and Massachusetts all said they would not send members of their state's National Guard units for border duty.

"We will not be complicit in this ongoing human tragedy," New York Governor Andrew Cuomo, a Democrat, said Tuesday.

"In the face of the federal government's inhumane treatment of immigrant families, New York will not deploy National Guard to the border," Cuomo said on Twitter.

Larry Hogan, the Republican governor of Maryland, said he will not send any National Guard resources to the border "until this policy of separating children from their families has been rescinded."

Hogan said he had ordered a four-member helicopter crew which had been stationed in the border state of New Mexico to "immediately return" home.

"Immigration enforcement efforts should focus on criminals, not separating innocent children from their families," Hogan said.

Virginia Governor Ralph Northam said he had ordered the recall of a helicopter and four soldiers from the state National Guard from the border state of Arizona.

"When Virginia deployed these resources to the border, we expected that they would play a role in preventing criminals, drug runners and other threats to our security from crossing into the United States -- not supporting a policy of arresting families and separating children from their parents," Northam said.

John Hickenlooper, the Democratic governor of Colorado, signed an executive order on Monday that forbids the use of state resources "for the purpose of separating any child from his or her parent or legal guardian," a practice he called "cruel and un-American."

And Massachusetts Governor Charlie Baker, a Republican, said the policy was "cruel and inhumane," and a National Guard helicopter crew which had been scheduled to go to the border later this month would not be deployed.

The Trump administration is facing condemnation at home and abroad for the separations, the product of a "zero-tolerance" policy on undocumented migrants.

U.S. officials say more than 2,300 children have been separated from their parents or guardians since early May, when the "zero-tolerance" policy was announced.

President Donald Trump defended the policy on Tuesday, saying it was the only effective way to fight illegal immigration.

Trump announced plans in April to send thousands of National Guard troops to the border, where they could remain until his promised wall is constructed.