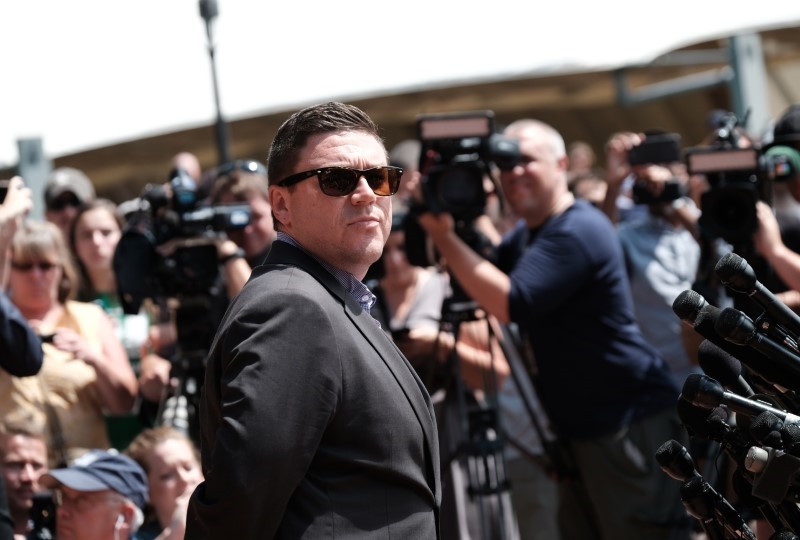 Unite The Right rally organizer Jason Kessler attempts to speak at a press conference in front of Charlottesville City Hall in Charlottesville, Virginia, August 13, 2017. (REUTERS Photo)
by Jun 21, 2018 12:00 am

The organizer of a far-right rally last year in Charlottesville, Virginia, that turned deadly is planning to hold a rally near the White House in Washington on the first anniversary of the event, federal officials said on Wednesday.

Jason Kessler filed an application last month and it has been approved to hold what he described as a "white civil rights rally" on Aug. 11-12, although a permit has not yet been issued, Mike Litterst, a spokesman for the National Park Service, said in an email.

Kessler organized the Aug. 12, 2017 "Unite the Right" rally in Charlottesville that drew international attention when a suspected white nationalist crashed his car into a crowd of counterprotesters, killing one woman. U.S. President Donald Trump inflamed tensions when he said both sides were to blame for the violence.

The rally in Charlottesville, home to the flagship campus of the University of Virginia, followed months of protests over the city's proposed removal of a statue of Confederate General Robert E. Lee.

Kessler previously has denied the Virginia event was intended to provoke violence, contending the counterprotesters sparked the fighting and blaming police for failing to protect his group. He did not respond to a request for comment on Wednesday.

In a redacted copy of the application posted online, Kessler estimated 400 people would attend the Washington rally, and added he would work with law enforcement during the event.

Kessler also has applied to hold an event in Charlottesville, but that was denied due to concerns over public safety, according to Virginia ABC TV affiliate WSET.