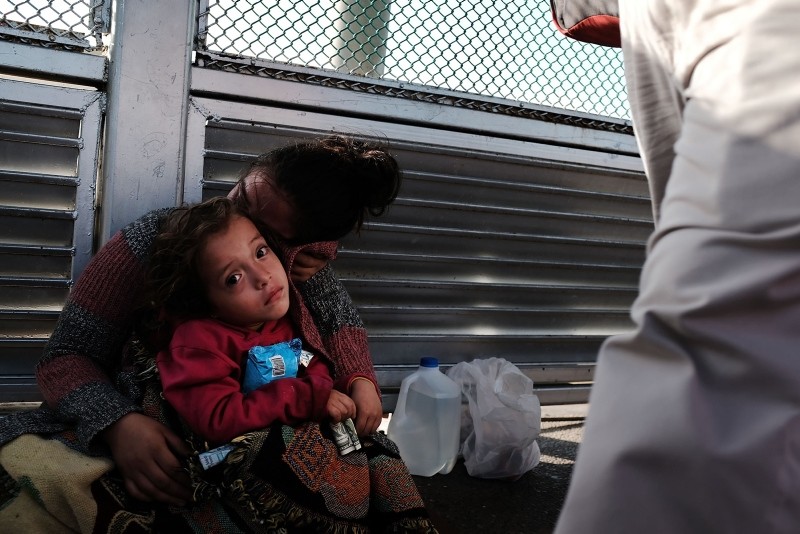 A Honduran child and her mother, fleeing poverty and violence in their home country, waits along the border bridge after being denied entry from Mexico into the U.S. on June 25, 2018 in Brownsville, Texas. (AFP Photo)
by Associated Press Jun 26, 2018 12:00 am

Seventeen states, including Washington, New York, and California, are suing to force the Trump administration to reunite migrant families who have been separated at the U.S.-Mexico border.

The states, all led by Democratic attorneys general, joined Washington, D.C., in filing the lawsuit in U.S. District Court in Seattle on Tuesday. It's the first legal challenge by states over the practice.

Immigration authorities have separated about 2,300 children from their parents in recent weeks, sparking global outrage as images of weeping children emerged.

The president last week issued an executive order designed to end the practice, but the states say his order is riddled with caveats and fails to reunite parents and children who have already been torn apart.

The lawsuit says the migrants have been denied due process and their right to seek asylum.