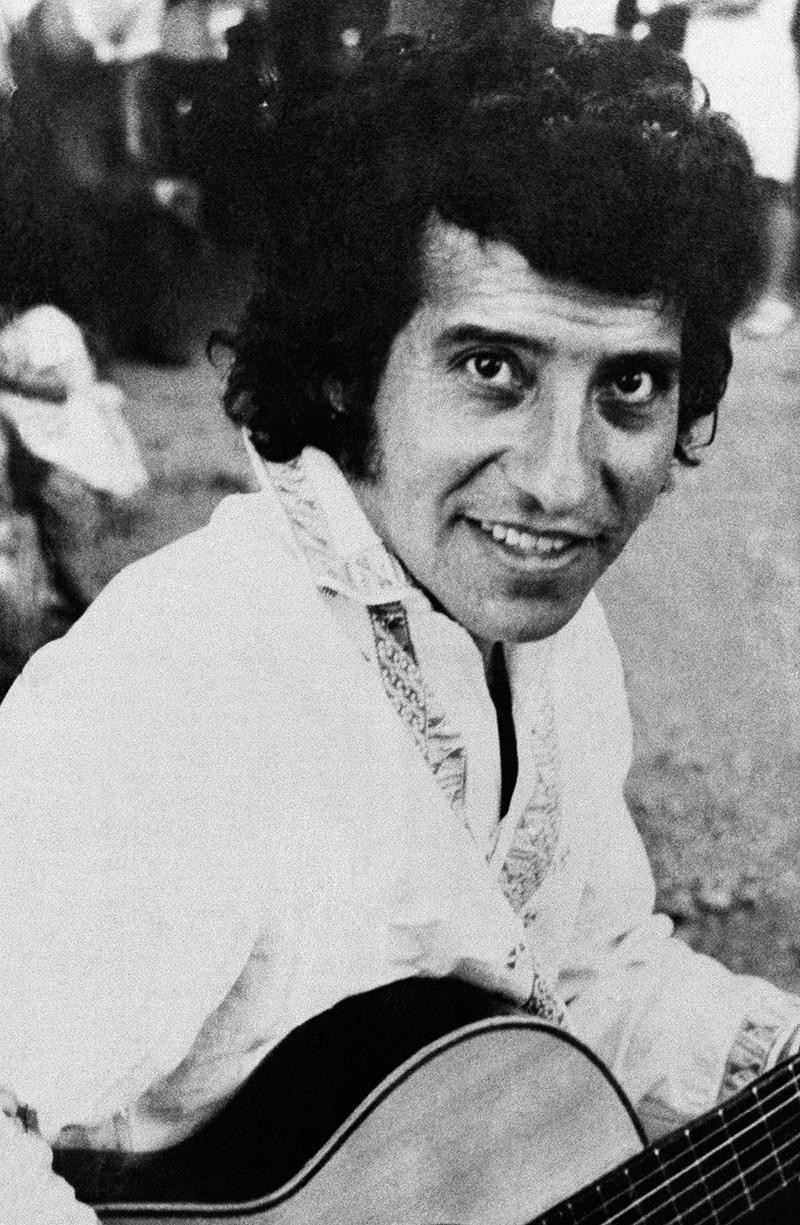 Eight retired soldiers have been sentenced to 18 years in prison, and one accomplice to five years, for one of the most emblematic murders of Chile's military dictatorship: the murder of folk singer Victor Jara and a government official.

The office of the court system announced the ruling on Tuesday, and it said a ninth veteran was sentenced to five years for cover-up.

Jara, a popular singer and university professor, was a fervent supporter of Marxist President Salvador Allende and he was seized only hours after Gen. Augusto Pinochet assaulted the presidential palace and overthrew Allende in a CIA-backed coup on Sept. 11, 1973. 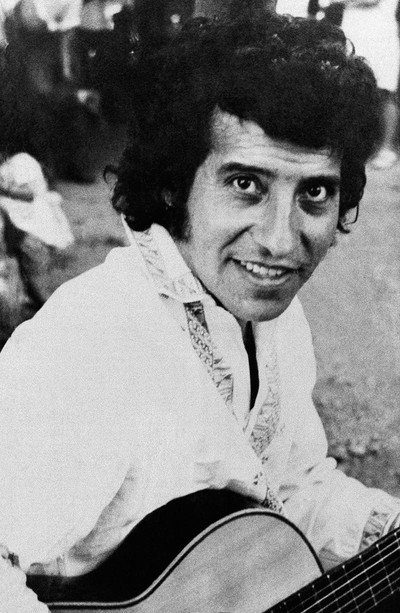 Jara's body was found days later, riddled with 44 machine gun bullets. He had been held, along with around 5,000 other political prisoners, in Santiago's biggest stadium, where he was interrogated, tortured and then killed.

Among other horrors, the singer-guitarist's fingers were crushed, broken by rifle butts and boots.

Allende's prisons chief Littre Quiroga also was tortured and killed at the stadium, apparently because of alleged mistreatment of an officer who had earlier attempted a coup.

Jara and Quiroga were among the earliest of more than 3,000 suspected leftists slain during the 1973-90 dictatorship of Gen. Augusto Pinochet.

The bodies of the two men were dumped on a dusty street near the Metropolitan Cemetery and taken to the morgue, where someone recognized Jara and secretly informed his wife, the British dancer Joan Turner Jara.

The family managed to have his body exhumed for an autopsy in 2009.

The sentences can be appealed.

Chilean officials are seeking the extradition of a tenth former soldier, retired Lt. Pedro Barrientos, who emigrated to Florida and in 2016 lost a civil damages suit filed on behalf of Jara's family. He has denied any role in the deaths.

The stadium where Jara was killed has since been renamed in his honor.

The pacifist singer, whose lyrics spoke of love and social protest, became an icon of Latin American popular music with songs like "The Right to Live in Peace," "The Cigarette" and "I remember Amanda."

Jara was married to British dancer Joan Turner, with whom he had two daughters.

He was also a member of Chile's Communist Party and a fervent supporter of the Popular Unity coalition that backed Marxist president Allende, who came to power by popular vote in 1970.

Jara inspired musicians as wide-ranging as U2 and Bob Dylan. At a 2013 concert in Santiago, Bruce Springsteen paid tribute to Jara.

Pinochet ruled Chile until 1990 and died in 2006 without ever being convicted for the crimes committed by his regime.