Who is America?: Sacha Baron Cohen gets US lawmakers to endorse guns for preschoolers in new show 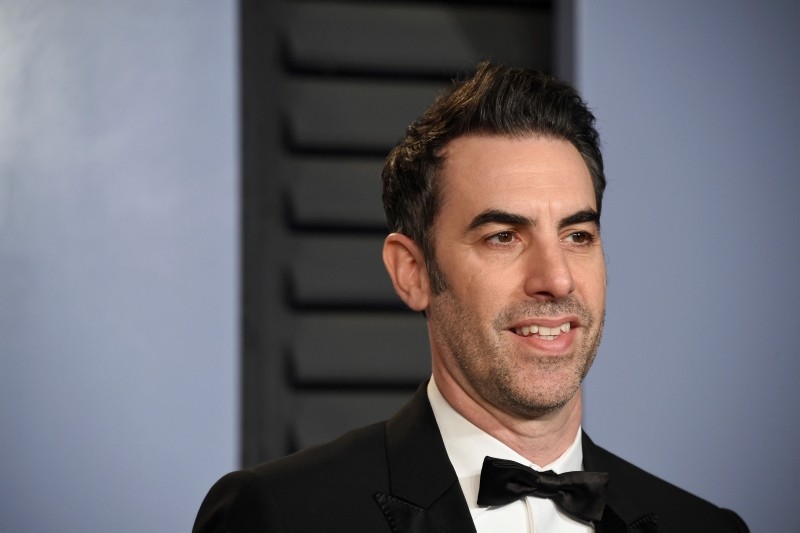 In Sacha Baron Cohen's provocative new comedy show, American politicians are filmed backing a fictitious program to teach kindergartners how to use guns to defend themselves in school shootings.

In a seven-episode series launching on cable channel Showtime on Sunday, the British prankster takes on four different personas as he satirizes the political and cultural life of the United States in the era of President Donald Trump.

In the first episode of "Who is America?", previewed for media by Showtime, Baron Cohen poses as an Israeli anti-terror expert who gets two U.S. congressmen to voice support for his fake "Kinderguardians" scheme for children as young as three.

The scheme includes a fake instructional video featuring children's songs and "gunimals" -- weapons adorned with soft toys -- that would purportedly help kids confront the school shootings that have plagued the United States for the past decade.

Republican congressmen Dana Rohrabacher of California and Joe Wilson of South Carolina, along with former Senate Republican leader Trent Lott, who is now a lobbyist at a Washington law firm, are shown enthusiastically backing the idea, alongside gun rights advocates and a former congressman-turned-talk radio host, Joe Walsh.

Showtime and Sacha Baron Cohen both declined to comment on the series. Those shown endorsing the fake scheme, including the politicians, had not seen the finished show ahead of its Sunday premiere. Rohrabacher, Wilson and Lott did not immediately reply to requests for comment late on Saturday.

Walsh told CNN on Saturday that he was tricked into reading the words off a teleprompter.

Cohen also found success with his hit movie character gay Austrian fashionista Bruno. His 2012 movie, "The Dictator," starring himself as a Moamer Kadhafi style tyrant, however, was less well reviewed.

In the same style as Borat and Bruno, Cohen takes on four different personalities in his new show.

There is also Nira Cain-N'degeocello, a pink-hat wearing, ultra-liberal hippy, who dines at the home of a Trump-voting couple.

Rick Sherman is the ex-con turned artist who works in the medium of human feces and bodily fluids, and who meets a totally accepting California gallery owner who donates pubic hair to his paint brush.

Finally, Israeli "anti-terror expert" Colonel Erran Morad who pranks Republicans into endorsing a concocted plan to teach children as young as three and four how to fire a firearm.

Teasers for the new series saw U.S. former vice president Dick Cheney signing a "waterboard kit" and Sarah Palin unleash a furious Facebook attack, upset to have been one of Cohen's pranked subjects.

In "Who is America?", Baron Cohen also takes aim at the media and political correctness, with the comedian posing as a pony-tailed liberal radio reporter on a post-2016 election cycling tour, and a man in a disability scooter who purports to investigate fake news.

In the first episode, Baron Cohen's radio journalist persona is shown dining at the home of two Trump supporters in South Carolina and regaling them with lurid stories about his supposed family.

Walsh, the former congressman from Illinois, told CNN on Saturday that he had been asked by a documentary crew to read lines from a teleprompter endorsing various supposed Israeli innovations, including the idea of arming four-year-olds to defend themselves against terrorists.

"I'll probably laugh at myself" when the episode airs, Walsh told CNN, adding that he is a fan of Baron Cohen. "He's a funny guy because he gets people to say stupid things."