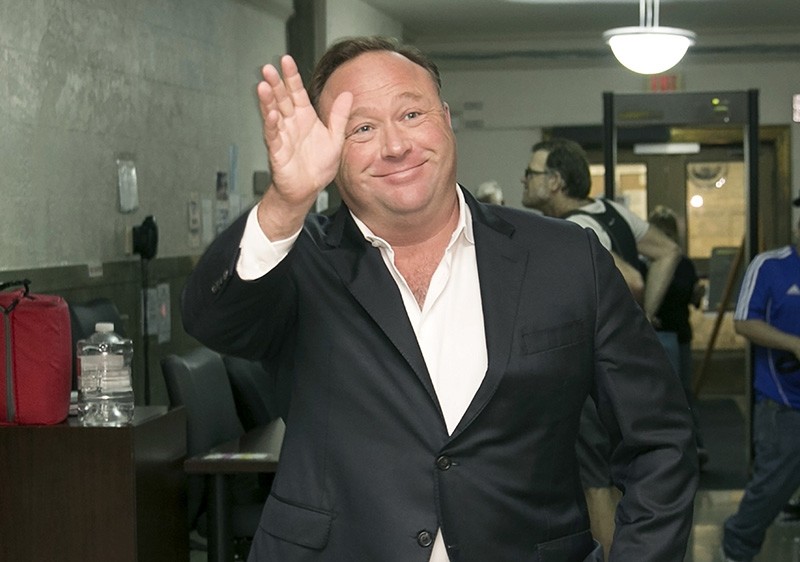 "We take reports of hate content seriously and review any podcast episode or song that is flagged by our community," Spotify said in a statement late Wednesday.

"Spotify can confirm it has removed specific episodes of 'The Alex Jones Show' podcast for violating our hate content policy," it said.

On Sunday, the media news website BuzzFeed quoted an Apple spokesman as saying that the company has removed the entire library for five of Jones's six Infowars podcasts including the shows "War Room" and the daily "The Alex Jones Show" from iTunes and podcast apps.

Only one program provided by Infowars, "RealNews with David Knight" remained on Apple's platforms as of Sunday evening, according to media accounts.

Facebook also announced early Monday that it had removed four pages belonging to Alex Jones for "repeatedly posting content over the past several days" that breaks its community standards.

Jones says his shows, which are broadcast on radio, YouTube and other platforms, reach at least 70 million people a week.

Responding to the Spotify action on his podcast, Jones said it was "what I expect."

"I was born in censorship. I was born being suppressed," he said.

Among the theories he has promoted is that the Sept. 11, 2001, attacks on New York and Washington were staged by the government.

He has also promoted a theory that the 2012 Sandy Hook school massacre was faked by left-wing forces to promote gun control. The shooting left 26 children and adults dead at a Connecticut elementary school.

Jones is currently being sued in Texas by two Sandy Hook parents, seeking at least $1 million, claiming that they have been the subject of harassment driven by his programs.

He now admits the shooting occurred but says his claims were free speech. He has sought to have the lawsuit dismissed.

Jones' profile has spread from the far-right fringe in recent years. While running for president in 2015, Donald Trump told Jones his reputation was "amazing."