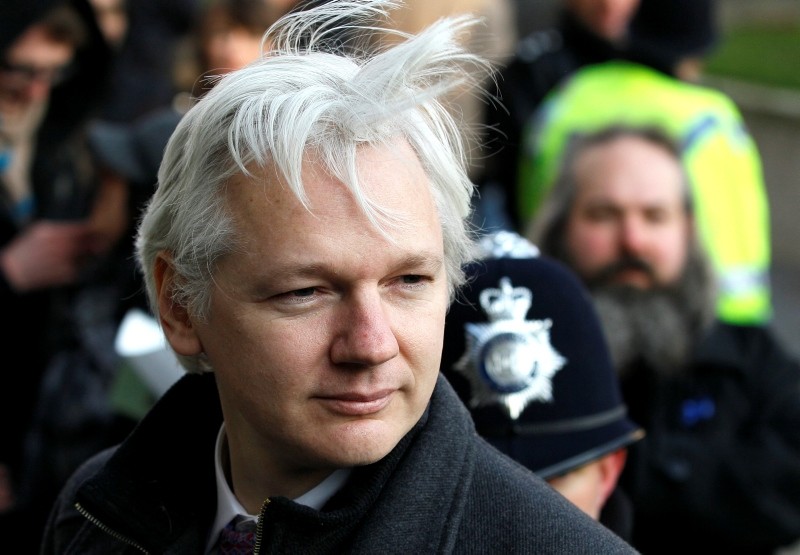 WikiLeaks said Wednesday that its founder Julian Assange was "considering" a request by a U.S. Senate committee to testify about alleged Russian interference in the 2016 U.S. elections.

The whistleblowing website posted on Twitter a letter purportedly from the Senate Select Committee on Intelligence asking Assange to "make yourself available for a closed interview with bipartisan committee staff at a mutually agreeable time and location".

It added: "WikiLeaks' legal team say they are 'considering the offer but the conditions must conform to a high ethical standard'."

U.S. intelligence officials have blamed Russia for the theft of the documents, which they say was part of a deliberate attempt to hurt Clinton's chances.

They claim WikiLeaks knowingly acted in concert with Russian intelligence.

WikiLeaks has denied that the source of the material was the Russian government, while stressing it will never reveal where it gets its information.

On Wednesday, WikiLeaks said the Senate letter -- dated August 1 -- was delivered to Assange via the U.S. embassy in London, but the mission declined to comment when contacted by AFP.

There was also no immediate confirmation from the Senate committee.

Assange is currently living in the Ecuadoran embassy in London, where he sought political asylum in 2012 to avoid extradition to Sweden to face allegations of sexual assault and rape.

He said the claims were a political smear linked to WikiLeaks' work and said he feared being transferred from Sweden to the United States to face trial for the release of leaked U.S. military documents.

The Swedish investigation has since been dropped but Assange stayed in the embassy, as he still faces arrest by British police for skipping bail six years ago.

Ecuador and Britain are currently in talks over his fate.