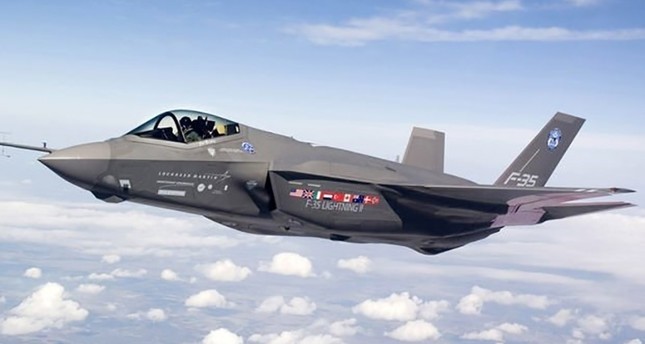 In a ceremony at Fort Drum military base in New York, Trump expressed his pleasure for Congress' quick approval of National Defense Authorization Act (NDAA), saying "We are going to strengthen our military like never ever before. And that's what we did."

An amendment to the NDAA prohibits F-35 sales to Turkey until the Pentagon issues a report on Turkish-American relations in 90 days.

Turkey's removal from the F-35 program was taken out of the bill by the Congressional Conference Committee.

Defense Secretary Jim Mattis, in a letter to the Senate on July 7, opposed Turkey's removal from the program, saying it could cause a disruption in a supply chain for the U.S. military and its partners while increasing other program costs.

Turkey had invested $1.25 billion in the aircraft's development phase. Several Turkish firms have been involved in producing the warplanes as part of Turkey's partner role in the joint program. The participating firms were expected to make a profit of $12 billion.

Turkey has been in the F-35 program since 1999. The Turkish defense industry has taken an active role in the production of aircraft. Alp Aviation, AYESAS, Kale Aviation, Kale Pratt & Whitney and Turkish Aerospace Industries have been producing parts for the first F-35 fighter jet.

"Turkey will take legal action if any measures are taken to prevent the delivery," he added, saying that Turkey has alternatives and is "not a country that can be easily dispensed with."

It gave the Pentagon a $638 billion base budget for defense-related programs linked to the Department of Energy plus an additional $69 billion for possible overseas operations.

It also authorized a 2.6 percent pay raise for troops, the largest in nearly a decade, as well as boost the size of the Navy and the ranks of the military by 15,600 active-duty troops.