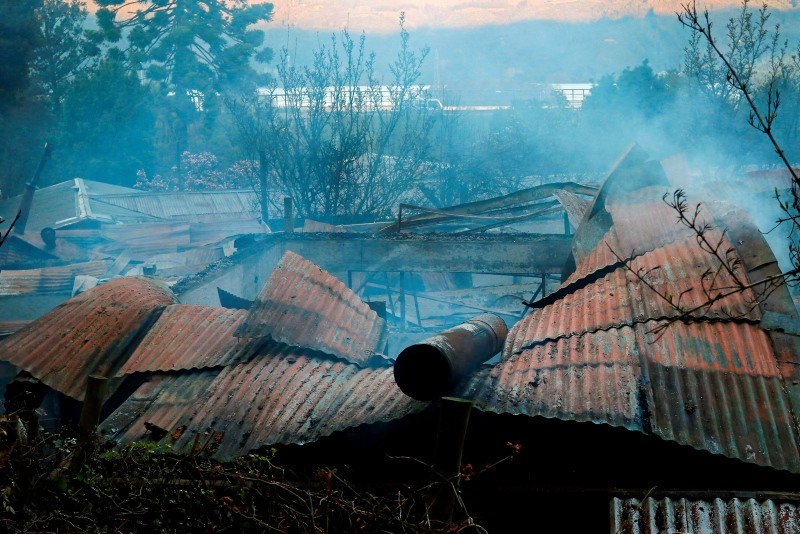 A fire swept through a nursing home in southern Chile on Tuesday, killing 10 elderly women, the regional governor said.

Investigators were still trying to determine the cause of the fire that broke out at around 3 a.m. in a dormitory at the Santa Marta nursing home about 320 miles (520 kilometers) south of the Chilean capital. Only three elderly women were rescued from the burning room.

Bio Bio region Gov. Jorge Ulloa said staff at the home had checked the room 10 or 12 minutes before the fire "and didn't find anything." He said the doors to the dormitory were open, in line with regulations.

A security guard was also quoted as saying that he had heard an explosion shortly before the fire broke out, indicating that it may have been caused by an electrical short circuit.

The tragedy revived debate in the South American country over the precarious situation faced by thousands of elderly who have seen their quality of life eroded by increased living costs and low pensions.

Authorities said the deadly fire broke out at dawn and quickly swept through the Santa Marta rest home in the southern commune of Chiguayante.

Ulloa said the victims were unable to escape the blaze because they were confined to bed. One person who survived was being treated in a nearby health center.

The cause of the fire is still being investigated.

Pinera traveled to the scene of the tragedy to show "solidarity and affection" with the relatives of the victims.

"I hope that this tragic accident will shake consciences and help us as a society to be more supportive, more affectionate, more welcoming to all our seniors," said Pinera.

The president said his government's program of social security reform which is to be rolled out in the coming weeks will have a section to "help older adults ... so that their families can keep them close."

Authorities said security protocols at the rest home had been followed and that the elderly residents had not been locked inside.