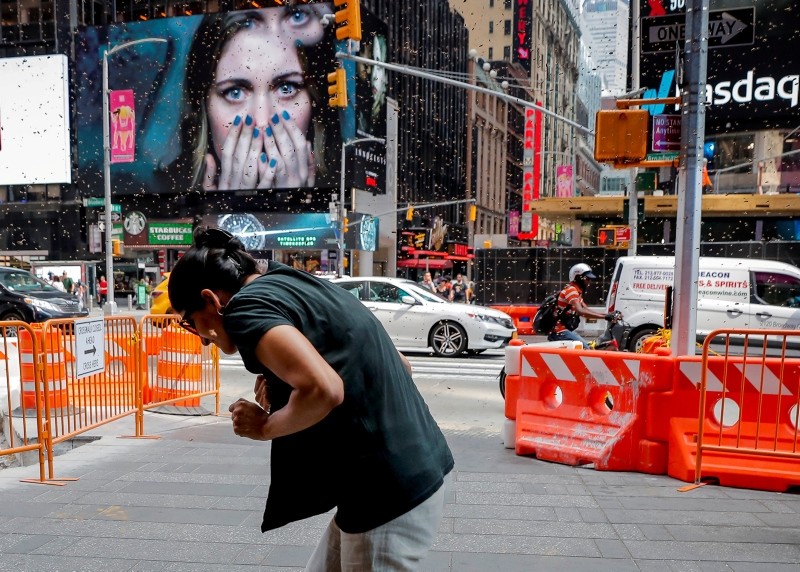 A hot dog stand in New York City's busy Times Square was buzzing with activity on Tuesday as it was swarmed by an estimated 40,000 bees, causing police to shut part of 43rd Street near Seventh Avenue.

The bees, believed to have left a hive on a Manhattan rooftop due to the heat, settled on the stand's umbrella, CNN reported.


A police officer who keeps bees himself, arrived at the scene in Times Square, known as "The Crossroads of the World," at 2:30 p.m. (EST), wearing a mesh-hooded beekeeper suit. He deployed a vacuum cleaner-like device to collect the bees unharmed, said New York Police Detective Sophia Mason.

"It took about 45 minutes to suck them up," Mason said. "They are at an undisclosed location. They will rehive them."

No one was injured in the incident, Mason said.