Trump warns of 'violence' from the left if Republicans lose midterms, report says 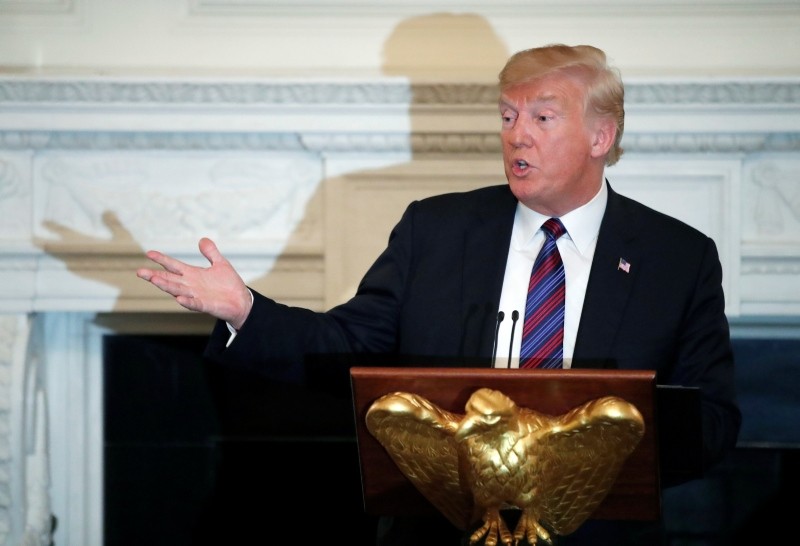 At a meeting with those leaders at the White House on Monday, Trump said everything was at stake for his conservative agenda if his party loses in November, according to an audiotape of the meeting obtained by the Times.

Democrats "will overturn everything that we've done and they'll do it quickly and violently," Trump said, according to the Times report published Tuesday night.

"They will end everything immediately."

"When you look at Antifa," he added, referring to militant leftist anti-fascism groups, "and you look at some of these groups, these are violent people."

The Times said a White House spokesman, Hogan Gidley, declined to expand on what the president meant.

It was not the first time Trump has warned of violence if things did not go his way.

During the 2016 presidential campaign, he said his supporters would probably react violently if he did not win the Republican nomination.

The Times said reporters were allowed to listen in on brief comments by Trump during the Monday meeting with ministers and pastors, and heard him talk about abortion, religious freedom and youth unemployment.

But after the press was shown out of the room, Trump changed the subject and suggested how the evangelical leaders could help Republicans win in November, the Times reported.

"I just ask you to go out and make sure all of your people vote," Trump said.