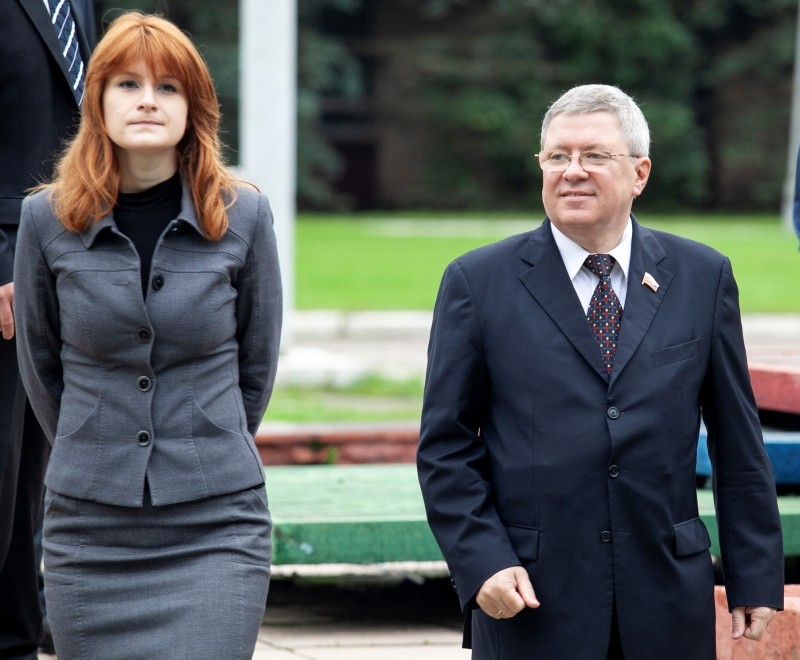 A U.S. judge on Monday firmly rejected a bid by accused Russian agent Maria Butina to be released from jail pending trial, calling her a "very real" flight risk, and granted a prosecution request for a gag order in the high-profile case.

"I cannot envision a scenario for Ms. Butina to be released from jail," U.S. District Judge Tanya Chutkan said during a status hearing in the case, adding that such a move simply would result in her being "placed into a car with diplomatic tags" and whisked away to an airport for a Russia-bound flight.

Chutkan imposed a media gag order after prosecutors accused Butina's defense attorney, Robert Driscoll, of violating court rules by speaking publicly about the evidence in ways that could taint the jury pool.

The judge said she agreed that Driscoll's repeated comments to the news media had "crossed the line." Chutkan also warned Driscoll to stop using "quite descriptive" and "colorful" language in the briefs he has filed with the court in the case.

The 29-year-old Butina, a former American University graduate student, was charged in July with acting as an agent of the Russian government and conspiracy to take actions on behalf of Russia. Butina has pleaded not guilty. She could face years in prison if convicted.

Her lawyers had sought Butina's release from jail pending trial, saying she was not a flight risk. To prove it, they tried to get the judge's permission to show video clips at the start of the hearing, including one Chutkan described as featuring Butina and her boyfriend Paul Erickson, a U.S. conservative activist, lip-syncing to the "Beauty and the Beast" theme song.

The judge rebuffed Driscoll's request to show the videos, saying, "I'm not sure what on Earth the relevance is to Ms. Butina's risk of flight."

The judge also later said, "There is a very real risk of flight" with Butina.

Butina's defense argued against having a gag order in light of an admission by prosecutors in a court brief filed late on Friday night that they had misinterpreted text messages and erred when they previously had accused Butina of offering sex in exchange for a position in an unidentified special interest organization.

Chutkan had harsh words for the Justice Department lawyers about the error, saying the incorrect allegations were "notorious" and damaged Butina's reputation. The judge added that she reviewed the text messages at issue between Butina and a person identified only as "D.K." and could tell within "five minutes" the texts were just a joke.

"It was apparent on their face," Chutkan told the prosecutors, saying she was "concerned" that someone at the Justice Department possibly could have construed the text messages any other way.

The next hearing in the case is scheduled for Nov. 13.

Butina is accused of working with a Russian official and two unidentified U.S. citizens to try to infiltrate a U.S. gun-rights organization and influence American foreign policy toward Russia. Moscow has labeled the case against Butina "fabricated" and called for her release.

Erickson is not actually named in the criminal complaint, though he is referenced as being one of two U.S. people involved in the alleged conspiracy. He has not been charged with a crime. He has not returned calls from Reuters seeking comment.

While the gun-rights group was not identified, Butina's social media accounts show she attended many National Rifle Association events and met with top officials of the influential lobby group that has close ties to Republican politicians including President Donald Trump.

Questions relating to Russia have cast a cloud over Trump's presidency.

Butina's lawyers have identified the Russian official as Alexander Torshin, a deputy governor of Russia's central bank who was hit with U.S. Treasury Department sanctions in April.

The Russian central bank has declined comment on the case.